Tom Brady Had A G.O.A.T. Response To One Of Max Kellerman’s Coldest Takes While Throwing Darts At Practice 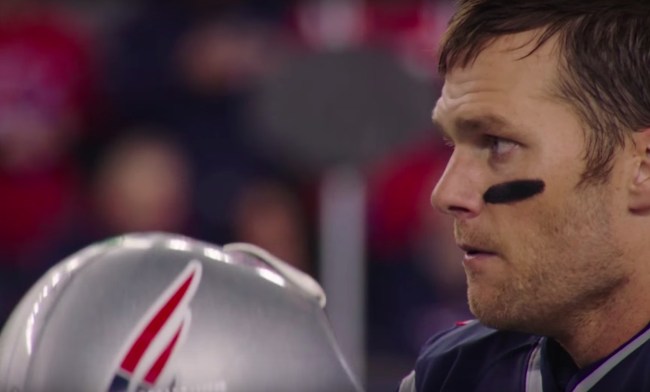 I’ve always been of the opinion that Tom Brady is to the NFL what Tom Cruise is to the acting world—a seemingly ageless (and pretty weird) dude who continues to perform at the highest level despite the many beatings he’s taken over the years.

The quarterback will be 42 years old when the upcoming season kicks off but shows no signs of slowing down any time soon (especially when you consider it’s virtually impossible for his dismal running game to get any slower) and at this point, I don’t think many people would be shocked if he achieves his goal of playing until he’s 45.

Maybe there’s something to the TB12 Method after all.

Brady continues to defy the odds and prove his biggest doubters wrong—like Max Kellerman, who had this to say about Brady’s future all the way back in 2016:

“Tom Brady’s just about done. It could be his next game, it could be a year from now, but he is going to fall off a cliff. Tom Brady is going to be a bum in short order.”

The Kelvin scale would need to be readjusted thanks to the coldness of Kellerman’s take, as Brady would lead the Patriots to two consecutive Super Bowls (winning one) before the talking head admitted he was wrong.

Brady might be getting up there in years and there’s no doubt he’s taken more than a few hits to the head over the course of his playing career.

However, if a recent Instagram post is any indication, his memory seems to be doing just fine based on the shot he fired at the ESPN analyst while throwing some darts at practice.

I never knew I needed Brady to be on social media and now I don’t know how I lived without it.