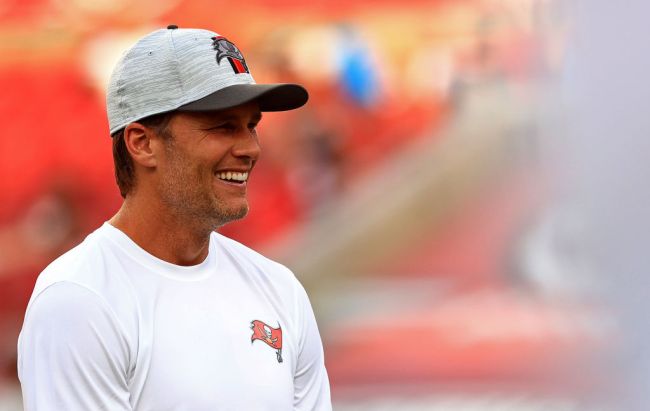 Any player drafted by the Tampa Bay Buccaneers over the last two seasons would be excited to get the chance to play on a team with the greatest quarterback to ever do it in Tom Brady. That’s especially true if you’re a wide receiver that’ll get to catch passes from the GOAT himself.

That’s the reality for fourth-round pick Jaelon Darden, but Brady has reportedly taken on an even bigger role as the rookie tries to find his footing in the NFL.

According to NBC’s Peter King, Brady had taken Darden under his wing and has become a mentor for the 22-year-old. Tampa Bay has plenty of playmakers at the wideout position, but Brady clearly sees something special with Darden and is taking that next step to create chemistry there.

As you would expect, Darden is grateful to have Brady in his corner.

“The first time I met him after the draft, I was star-struck,” Darden told King. “He said, ‘Hey Jaelon. Happy to have you on the team. I studied your film.’ What an honor. Then he took time to teach me how to win against coverages. Like, ‘When the corner plays you here, I’m gonna have the ball at this exact spot.’ Every day, I put my hard hat on and work and learn.”

That’s not a bad ‘welcome to the league’ moment right there. For an under-the-radar draft pick out of North Texas, to have Brady compliment your film and then tell you he’s happy to have you aboard in Tampa Bay is what any rookie would dream of.

It’s been well-documented that Brady makes it a point to shake the hand of every rookie and even practice squad guy on his team, but it sounds like his relationship with Darden is a bit more than that.