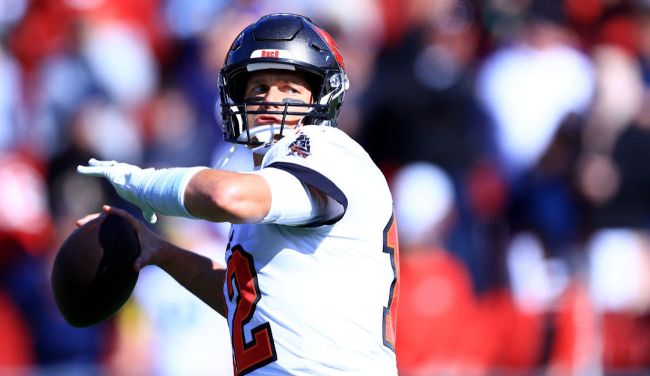 After just 40 days as a retiree, legendary NFL quarterback Tom Brady announced that he would be returning to the Tampa Bay Bucs for a historic 23rd season this year.

During a recent interview with People Magazine, Brady — who will turn 45-years-old before the 2022 season begins — says this upcoming year will be his “greatest challenge” yet.

“I know I’m at the end. But I put myself in this position, and I want to finish strong and at the highest level,” Brady told People.

“Two months ago, I didn’t feel like I’d be in this place, but I feel motivated,” he explains. “I feel inspired to go out there and do my best this year, and I’m going to give everything I got to my teammates, just like I always have.”

“They know that once I said yes, there’s no turning back, and I’ve got to commit every bit of mental toughness I have to be in this with them until the end of the season, and I’m excited for it,” Brady says. “It’ll be my greatest challenge yet.”

Prior to Brady’s decision to unretire, many NFL analysts thought that the Bucs would be entering rebuild mode. Obviously, with TB12 now back in the fold, that plan has changed. Still, this is currently a Bucs roster that’s nowhere near as strong as it was the year they won the Super Bowl.