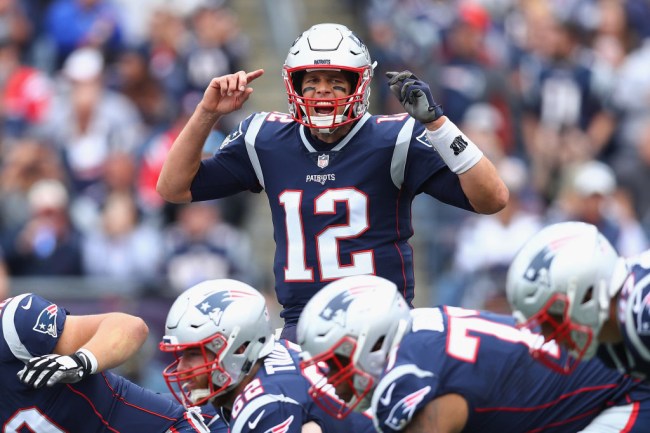 Football is an inherently violent sport, and while the NFL has done what it can to promote player safety, there’s only so much you can do to prevent injuries when large men running at high speeds collide with each other.

Everyone who walks onto the field is all too aware there’s a chance they’ll be subjected to some bodily harm every time the ball is snapped. However, some players are more susceptible than others, and while wide receivers risk getting flattened whenever the ball comes their way, the guy who throws it has to deal with knowing there’s a possibility the same thing will happen to him on any given play.

Even the most jacked quarterback in the world is going to have trouble absorbing a hit inflicted by a 300-pound man made almost entirely of muscle, and as a result, they have to have faith in the equally strong guys on the offensive line who are tasked with protecting them.

Back in the 1980s, Dan Marino decided to thank his linemen for regularly protecting his ass by giving them a pair of gloves for Christmas and other quarterbacks would eventually follow suit in what has become a holiday tradition.

We recently covered the best (and worst) things quarterbacks have ever gifted, and while I’m of the opinion the luxury Slurpee machines Joe Flacco handed out will never be topped, other QBs have done what they can.

This year, we saw Lamar Jackson hook his guys up with Rolexes for contributing to his outstanding season while Josh Allen ensured his linemen will be well-fed in the offseason by giving them $1,200 grills to cook on.

There were also some pretty underwhelming gifts but none of them were worse than Tom Brady’s, whose linesmen saw Christmas come and go without receiving a single present from the G.O.A.T. However, it may not be as bad of a look as it seems.

According to The Boston Globe, Brady’s teammates seem to think he’s more concerned with getting ready for the final game of the season than giving out gifts in a timely manner and sound confident he’ll hook them up with something when the moment’s right.

Hopefully it’ll be worth the wait.