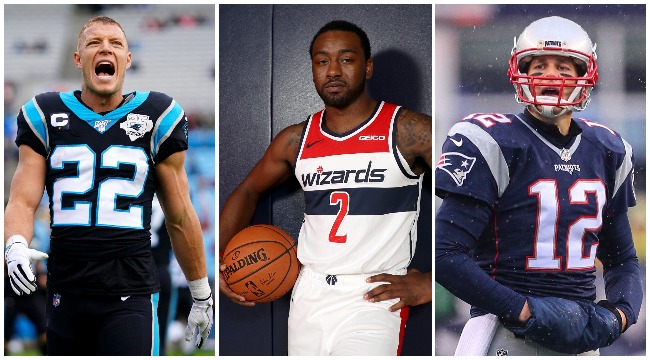 You can really tell a lot about the people in your life by what gifts they give you. Take my ex, Christine, for instance. She gifted me with the information that she was slapping skins with her personal trainer, Derek, who had lats that required he walk through doorways sideways.

(Hey Derek, if you’re reading this, you may be able to squat a small village, but my car climbed Mount Washington so suck it.)

My demons aside, it’s always interesting to learn about the gifts professional athletes, with their limitless resources, give their teammates during special occasions. For some reason it brings me joy to know that Joe Flacco is a complete sociopath.

Let’s review some pro athlete gifts from Christmases past.

The avid hunter even personalized the firearms with each player’s number engraved on the butt of the gun. After the season, he invited his offensive lineman to hunt with him using the guns before feeding them steak and potatoes.

Oh, and he needed to make sure they looked the part.

Each Eagles offensive lineman got cowboy boots with Eagles logo on front and uniform number on back. pic.twitter.com/PidfsGoO4j

On Thursday morning, every one of the Ravens’ offensive linemen arrived to find restaurant-grade slushy machines in front of their locker, courtesy of Flacco.

The machines cost about $2,000 each and Flacco even tossed in some pricey accessories. [via Ravens]

Via the Miami Herald:

Larsen gave a fellow offensive lineman a car, but one few NFL players would be caught dead driving: A 2000 Dodge Neon, with worrisome brakes and peeling paint.

And much to his surprise, somebody wanted it: center Mike Pouncey, who has a small fleet of vehicles.

Manning gifted unheralded former teammates and opponents handwritten notes, a practice he took up upon realizing that many players end their NFL careers without much fanfare.

“So few NFL players get to retire as much as they are retired,” Manning said of the practice in 2013. “All of a sudden nobody calls, and that’s kind of it. It’s on a Wednesday in the middle of May, on the ticker: ‘So-and-so, after 15 seasons, has retired.’ And that’s kind of it. It’s just so sudden … I kind of want to let the guy know that, hey, it’s your career, I have a great appreciation and respect for it, and it’s more than just a little ticker there. I know his family is telling him that, but I want to let him know there are some outsiders thinking that too.”

The gift of oneself is the greatest gift of them all. No word on if Peyton gifted Papa John a letter or if he was too drunk to understand it.

looks like Santa Brady has delivered: UGG boxes at every player's locker

“Once they tried them on, any thoughts of jokes stopped,” Brady told the Wall Street Journal in 2011. “The warm boots are perfect during the cold New England winters.”

That’s some bullshit, Tom. Be Better.

Stephon Gilmore wrapped up his interview and said he got the best Christmas gift — Tom Brady's jersey. Brady gave it to the CB as a gift.

Imagine an average person gifting up a pair of their used undies as a gift to a loved one. I’m not saying the value is the same, but the effort sure is.

I said BE BETTER, Tom. 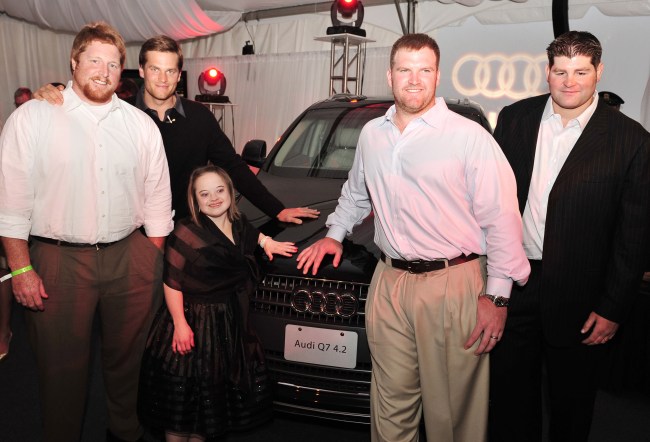 That’s more like it, bro. Third time’s a charm.

This is cool. #Rams RB Todd Gurley and QB Jared Goff combined on a holiday gift for their O-linemen. Polaris Rangers for everyone! Gotta take care of the big men. (H/T @TG3II’s IG) pic.twitter.com/UQGiqmzCBG

These look like the Ranger Crew models, which seat 4-6 people and can cost upwards of $25,000.

It has since been reported that Rams OL John Sullivan guilted their star players into the purchase.

Jared Goff said Rams OL John Sullivan "asked early on" for a new off-road ride for Christmas. "I was like that is going to be quite expensive," Goff said. Goff and Todd Gurley teamed up for a set of Polaris Rangers for the guys. "It ended up being a good deal."

Wall gifted his 15 teammates personalized Rolex watches, valued at $40,000 each. That amounts to $600,000, or the price of a mansion in middle America.

As a gift for the Holidays, Eli Manning had a tailor come to the facility to make custom jeans for his offensive lineman

The only way a gift could be more DAD is if it came with gas station sunglasses and a pair of minty white New Balances.

McCaffrey has over 1,300 yards this season, so he better step his shit up.

“I’m not really good with gifts,” Barkley admitted to NJ Advance Media. “I gave them an option. I gave those guys a limit, I’m not going to tell you what the limit is, but I told them ‘just let me know what you guys want, and I’ll get it,’ and I told some of them that if they wanted me to donate towards a foundation or a charity of their choice, I’d do that, too.”

Instead of exchanging presents with each other, they put their money together to create special bonuses for a few staff members at their facility so their efforts wouldn’t get overlooked.

“The equipment guys, the trainers, the kitchen staff — coaches get paid a lot of money — like those who help us out on a regular basis, the people who cook special food for us, or whatever it is, the training staff, they spend tons of time with us,” said offensive guard/center Evan Smith. “Not all those guys make as much money as people think they do.”

That’s a good one to end on.