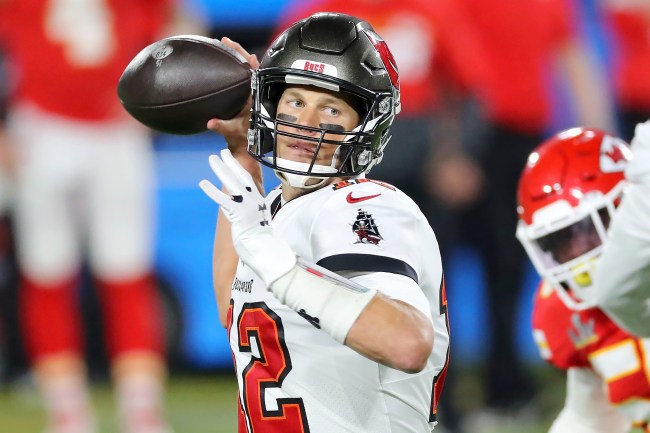 Back in December, it was revealed that Brady’s TB12 company received 960,855 from the government according to data released by the Small Business Administration

Tom Brady’s sports performance and nutrition company received a Paycheck Protection Program loan of $960,855 from the federal government, according to data released by the U.S. Small Business Administration.

TB12 Inc., based in Massachusetts, received the loan on April 15, 2020, as part of the small business lending program created under the $2 trillion CARES Act passed by Congress and the Trump administration in March. The loan was processed by Cambridge Savings Bank.

Considering Brady is set to make a guaranteed $50 million for his two years in Tampa Bay, fans started a petition demanding the Bucs QB return the $960,000 he received from the government.

The TB12 company, owned by Tampa Bay Buccaneers quarterback Tom Brady, received $960,855 in PPP loans that were meant to help small businesses. Tom Brady signed a deal in May worth $50 million. With this new contract, when combined with his earnings from his NFL contracts alone, he has made around $260 million over his 21 year career. Tom Brady is also married to Gisele Bunchen, who has a net worth of $400 million.

I am not here to make the argument saying that Tom Brady does not deserve his NFL money, he earned it, so good for him. But by accepting this money, he is playing the government no better than any grifter would play a person on the street. My solution for him is that he should pay back this money or AT LEAST donate an equal amount of money to small businesses that would have received this money if his name did not get more attention.

As of now, over 160,000 people have signed the petition since it went up