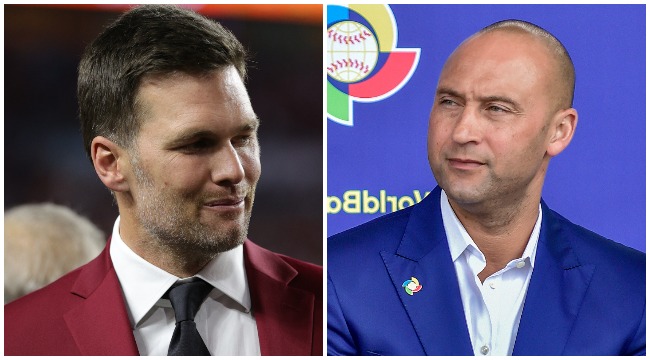 So I guess this Tampa Tom is actually happening, despite my imagination failing to conceptualize him in red and black.

Brady has touched down in Tampa and is reportedly in the process of moving his family into Derek Jeter’s insane 32,000-square foot mansion on Davis Islands. For comparison, the White House is 54,000 square-feet, a building that houses over 350 employees.

The home, which Brady is renting with a portion of his two-year, $50 million contract, has seven bedrooms, nine bathrooms, an entertainment center, billiards hall, and a waterfront pool with two boat lifts providing access to Tampa Bay.

The annual taxes of Derek Jeter's 31,000 square foot mansion in Tampa is around $265,000 pic.twitter.com/qEuupLWV1D

Brady is a longtime friend of Jeter’s, who both have ties to Michigan and have 11 championship rings between them.

11 rings. Each one almost has their own bathroom in this complex.