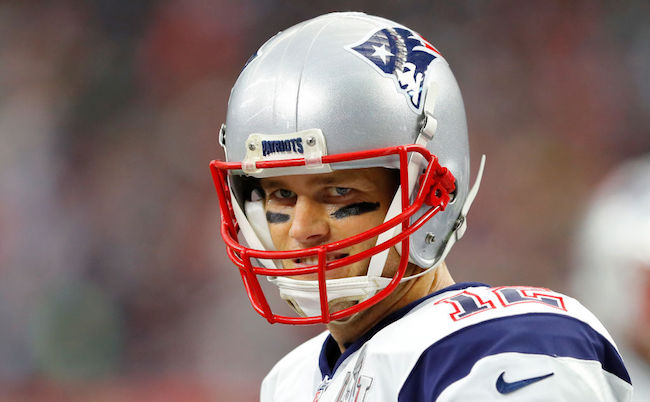 Over the weekend longtime Seahawks star cornerback Richard Sherman was released by the team and subsequently picked up by the San Francisco 49ers.

After Sherman signed with the Niners, he posted a classy Instagram post thanking his former teammates and Seahawks fans for all the love they’ve shown him over the years.

All I have ever wanted to be was a good teammate. Thank you @Seahawks for an amazing opportunity.

Thank you to everyone for the kind words. This is just another chapter in the journey. This will be an ongoing process and I am excited to take on this challenge. To the fans urging me to join your team, I am humbled but I can only look at the teams that have reached out.

Patriots QB Tom Brady went out of his way to post some encouraging words on Sherman’s touching post.

And that’s when a random Niners fan showed up in the timeline to try and troll Brady with this line. 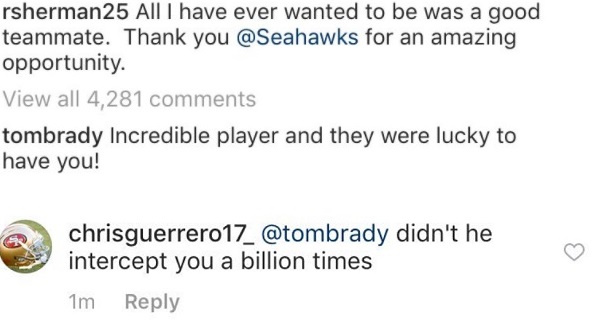 Only to get dunked on by the greatest QB the NFL has ever seen who clapped back with facts.

Brady truly is the GOAT on and off the field.