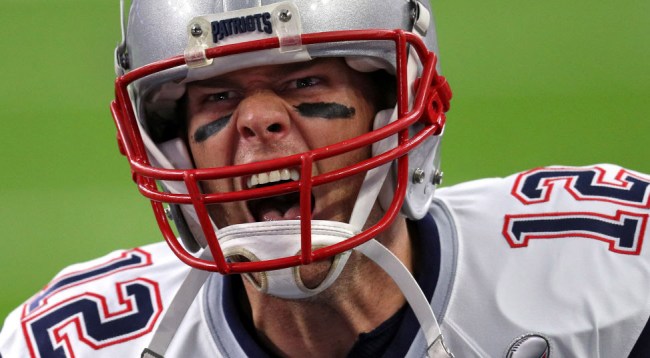 Well, when you’re arguably the greatest sportsman ever, some schmuck with an endless trove of bitcoin will gladly splurge on a 2000 Fleer Ultra Michigan Card (mint condition).

According to Darren Rovell, a high-end memorabilia collector is currently selling his TB10 card on eBay for the reasonable price of half a million dollars.

I don’t understand how a football card can go for $500K and a Super Bowl ring is being auctioned for a measly $100K. Someone explain to me how that works.

A family/friend version of Tom Brady’s Super Bowl LI ring is being auctioned by @GoldinAuctions. Expect this to go for $100K+ https://t.co/XaD2r4I2Rl pic.twitter.com/NQe0h96a5D

Although the price for this Brady card seems like lunacy, it doesn’t hold a candle to some of the highest-priced sports memorabilia ever sold. Mark McGwire’s 70th home run ball sold for a cool $3 million. James Naismith’s 1891 Rules of Basketball document sold at auction for a price of $4,338,500. And the most expensive sports memorabilia ever sold: Babe Ruth’s 1920 New York Yankees jersey, described as ‘the most desirable baseball artifact’ in history. The jersey sold at auction in 2012 for $4,415,658.

Meanwhile, I’m cashing in my grandmother’s savings bonds early to pay for groceries for the week. Fuckin’ A.