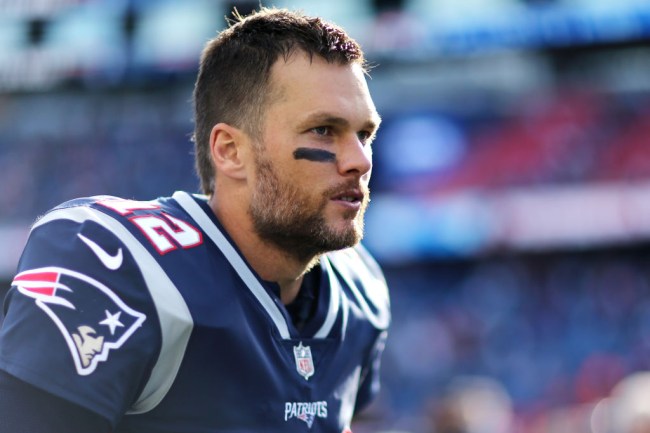 Back in 2001, Tom Brady was a spry 24-year-old fresh off his sophomore season when he assumed the starting quarterback role after long-tenured quarterback Drew Bledsoe got injured. Brady miraculously led the Patriots to a Super Bowl victory against a St. Louis Rams team dubbed The Greatest Show on Turf, the first of many monumental achievements in a nearly two-decade long career.

Seventeen years later, we now attribute Brady’s unparalleled success to his discipline, obsessive meticulousness, and all-business attitude. But, he wasn’t always like that. Just kidding. He was.

In an interesting excerpt in a new book titled If These Walls Could Talk, Stories from the New England Patriots Sideline, Locker Room, and Press Box, The Athletic’s Jeff Howe recalls an early Brady anecdote at Abe & Louie’s restaurant in Boston when he went through great lengths to not go shot-for-shot of Hennessy with his teammates. Even after winning the Super Bowl.

“Brady recognized where the night was heading and got out in front of it. My father, Joe Howe, was the bar manager at Abe & Louie’s for years, and he worked the bar for that party. Brady pulled my father aside with a special request: ‘When they order me a shot, please just give me a water. I’ll pay for the shot if I have to. I just can’t drink that stuff all night.’

“So as the team was getting legless by the end of the night, Brady was the most sober guy in the room, and no one had any idea that he was drinking water. Linebacker Willie McGinest, who always treated my father great, saddled up on a barstool, had his head in his hands and lamented as he looked at a completely coherent Brady: ‘Joe, who is this guy? First, he takes over for Drew Bledsoe. Then, he wins us a Super Bowl. Now, he can outdrink all of us? What can’t this guy do?’”

Me, a Brady fan: what a show of restraint, an inspiration to the youngsters. Binge drinking is bad for thy health. A truly revolutionary.

Me, an alcohol fan: WHAT A SOFTIE! SOMEONE GIVE THIS DUDE A RETROACTIVE SWIRLEY!