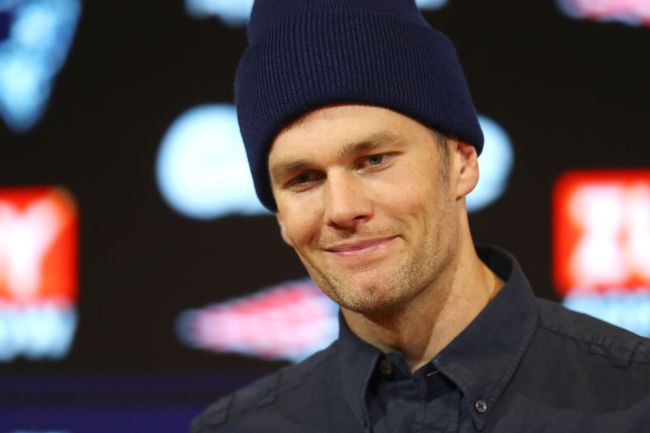 There’s an old saying that goes “the mark of a true winner is a person who makes everyone around them better.”

A new graphic being shared online shows how teams magically got better whenever Tom Brady lived in their specific geographic area or played for a local team.

When Brady was in Ann Arbor playing for the Michigan Wolverines, the team won a National Title and the Detroit Red Wings won multiple Stanley Cup championships (let’s just ignore the Tigers and Lions).

Brady is now a Florida resident and playing for the first-place Buccaneers while the Tampa Bay Lightning won the Stanley Cup this year, the Tampa Bay Rays are in the World Series. 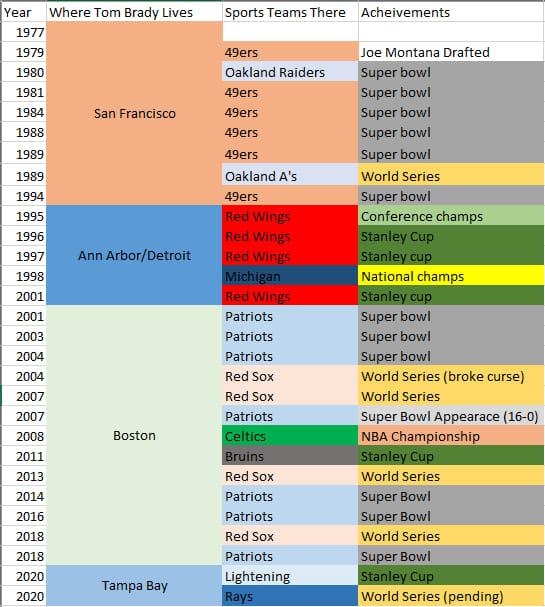 Even the house prices are sure to go up when Tom Terrific moves into town.

It would be interesting to see a graphic of sports franchise success rates once Tom Brady moves out of town.

The 49ers haven’t touched the Lombardi trophy since 1995, the Raiders play in a different town, and the Oakland A’s have kept it small market (i.e. championship-less) for decades.

The Wolverines haven’t won a National Championship since Brady’s time on campus and let’s forget about the Lions and Tigers again. The Red Wings had a solid run throughout the 2000s though.

Finally, the Patriots have broken all the wrong records since they forced Tom out of town, the Red Sox finished in dead last in the AL East this year, the Celtics got shown the door by the Heat in the 2020 NBA Eastern Conference Finals and the Bruins lost to – guess who – the Tampa Bay Lightning in the Stanley Cup Playoffs.