Tom Brady Says He’d Trade Not 1, But 2 Of His Super Bowl Rings For A Perfect Season 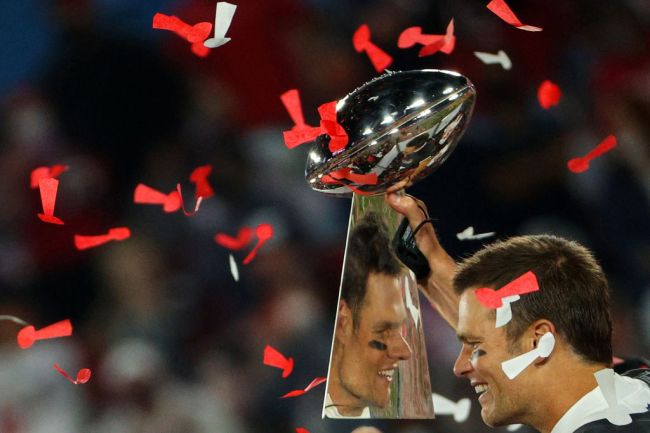 Tom Brady is the greatest quarterback in NFL history. You can not argue that statement at this point thanks to the seven Super Bowl rings he owns. But, while he is the greatest to ever do it, he’s still missing one thing on his résumé: an undefeated season.

Brady recently joined the NFL’s Draft-A-Thon video conference alongside Michael Strahan and others. To no surprise, the topic of the Giants ending the Patriots’ perfect season in Super Bowl XLII came up and Shannon Sharpe, who also joined the call, asked Brady whether or not he’d trade two of his Super Bowl rings in exchange for that perfect 19-0 season in 2007.

With no real hesitation, Brady said “I would, let’s be real…easy” while throwing his hands up in the air. Interestingly enough, Strahan responded to Sharpe’s question by asking if he would then get the two rings Brady would be given up in which Sharpe said yes and Strahan said he’d be on board with that trade-off as well.

You can see the exchange below beginning at the 23-minute mark:

For a guy like Brady that’s always talking about Super Bowl rings and chasing the next one as he continues to defy logic and beat up on Father Time, this is a surprising remark.

Having said that, if you already have seven Super Bowl rings and have cemented yourself as the best quarterback in league history, what’s giving up two of those rings to add the ‘perfect season’ note on your résumé?