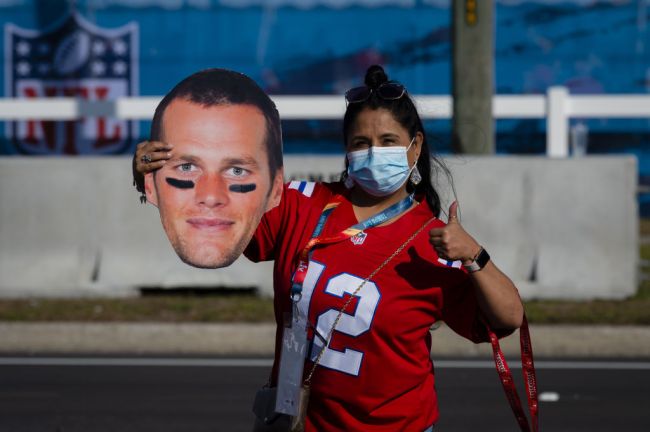 It turns out signing Tom Brady was a smart move by the Tampa Bay Buccaneers. Who would’ve thunk it?

Not only did Brady lead the Bucs to a Super Bowl during his first season in town, the Brady effect paid off in just about every avenue you can think of, especially in the merchandise selling department.

Brady obviously played a huge role in that increase and his personal merchandise sales were the largest single-year player sales in league history. Plus, Fanatics reported that many of Brady’s fans followed him to Tampa as Boston was the No. 2 market in Brady jersey sales in 2020 behind Tampa Bay.

Not only were Bucs fans able to buy jerseys with No. 12 and Brady on the back of them, but Tampa Bay also returned to more traditional-looking uniforms last season. The previous uniforms weren’t well-received by fans, but as they returned to their roots ahead of last season it created a perfect storm to sell more jerseys than ever before.

The whole winning thing helps too and the Brady effect played a role in post-Super Bowl purchases as well as 19% of all Buccaneers’ championship sales four days after the Super Bowl consisted of Brady jersey sales.

It’s remarkable what moving on from Jameis Winston at quarterback to the greatest to ever hold a football can do for a franchise. Tampa Bay’s Twitter account even exploded this past season as it gained over 200,000 followers between now and March 17, 2020.