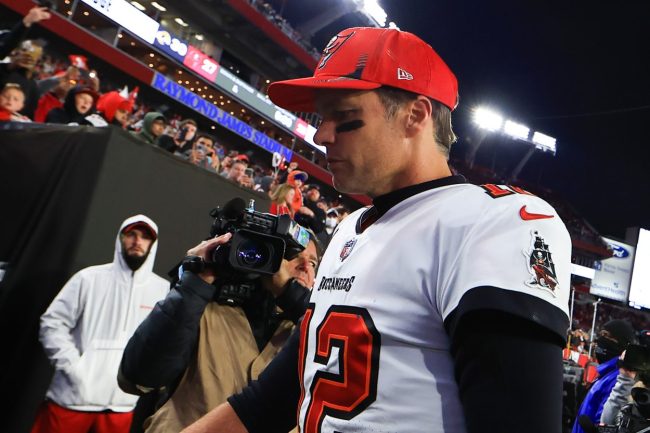 At 44 years old, Tom Brady is the greatest quarterback of all-time. He has seven Super Bowl rings and has played more playoff games than two entire regular seasons.

In the past, Brady has talked about the idea of playing in the NFL until he is 50 and expressed his desire to retire on top after winning a Super Bowl. Based on those remarks, he would not be expected to hang up the cleats after losing to the Los Angeles Rams on Sunday and being eliminated from the playoffs.

However, there has been a lot of murmurs about the possibility of retirement over the past week. Brady spoke about the recent reports about him calling it a career after the game but would not give a definitive answer.

In the post, it talks about the “need to pick yourself up” and how “even greater things are coming.” It is also included the brand’s hashtag #KeepGoing.

You win or you learn.

There are no failures, only lessons. When you fall you need to pick yourself up with greater enthusiasm than you went down. Now we look back on an incredible season, learn our lessons, and get up… because even greater things are coming.#KeepGoing pic.twitter.com/tCXI3q1J5p

Now, there is a high probability that there is no correlation to the tweet and Brady’s decision on retirement. However, because of the language about getting up, there is thought that it means Brady is not retiring and will come back in 2022/23 to try and achieve the greater things that are coming.

It could also mean that the greater things are coming off of the field. Because of the black and white photo, it definitely has a retirement vibe to it.