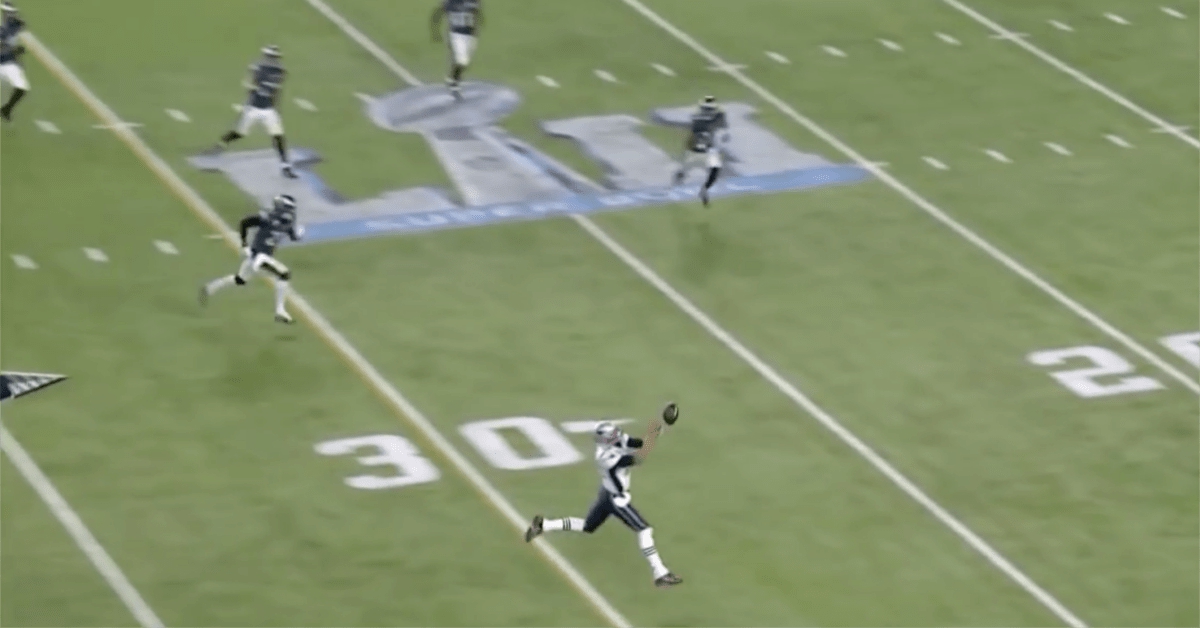 During the first half of Super Bowl LII, the Patriots ran a trick play that included Danny Amendola throwing a pass to Tom Brady. While the 40-year old quarterback was wide open, he couldn’t manage to pull in the well-thrown pass from Amendola.

As expected, the internet laid into Tom Brady for fucking up a routine pass. Here are some of the best responses to The GOAT’s butterfingers moment:

Gisele was right…Brady cannot throw and catch the ball pic.twitter.com/gxKzvhreqP

was that ball too inflated for Tom Brady to catch

Of course, things only got worse when the Eagles ran a trick play on 4th down that included Foles catching a touchdown pass.

That’s how you catch the ball Brady

And because it’s not the end of the world… Skip Bayless tweeted some real bullshit:

Nick Foles caught his pass because it hit him right in the hands. Brady didn't catch his because it was an overthrow.

Tom Brady being outplayed as a wide receiver by Nick Foles, just as we all expected for Super Bowl LII.