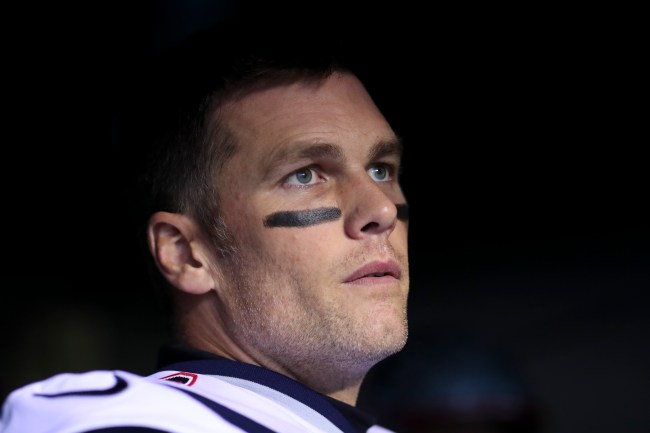 In his first regular season matchup with the Eagles since the Patriots loss in Super Bowl LII, Tom Brady wanted to snatch the souls out of everyone in Philadelphia for stealing what he believed was his.

Instead, the Patriots once again relied on their incredible defense to squeak out a 17-10 victory, marking the first time in Tom Brady’s 317 career starts that another Patriots (Julian Edelman) led the team in touchdown passes when Brady played the entire game.

After a game in which Brady was 26 of 47 (a 55 percent completion rate) for 216 yards and no touchdowns, a clearly discouraged Brady admitted that the offense was the team’s weakest link.

The Patriots defense is far and away the best in the NFL, an aberration from Belichick’s signature bend-but-don’t-break defense, and the Patriots quarterback is noticeably having a difficult time riding the coattails of anyone.

ESPN’s Patriots insider Mike Reiss revealed on Get Up Friday morning that Brady was so distraught after the Eagles win that advanced the Patriots to 9-1, the entire Patriots locker room felt as though the team lost.

“One player described it to me this way: he said, ‘Even though we won the game, it felt like we lost.’

Watching Tom Brady and hearing his tone after that win over the Eagles, it’s was a reminder that his leadership, the way he speaks, the way he acts, permeates throughout that locker room.

But one thing we’ve noticed over the past couple days, is a shift. Tom Brady moved up his news conference two days and his tone was a lot softer. Being in the room and listening to his talk, it was almost like there was acceptance from him that this is the present reality, he has to rely on some of his younger players and maybe taking on a more encouraging tone would help get the best out of them.”

The Patriots will take on the Cowboys at home on Sunday in what feels like a season-defining game. Brady claims to have hated the Cowboys since ‘coming out of the womb,’ so a loss this weekend may send TB12 into therapy.