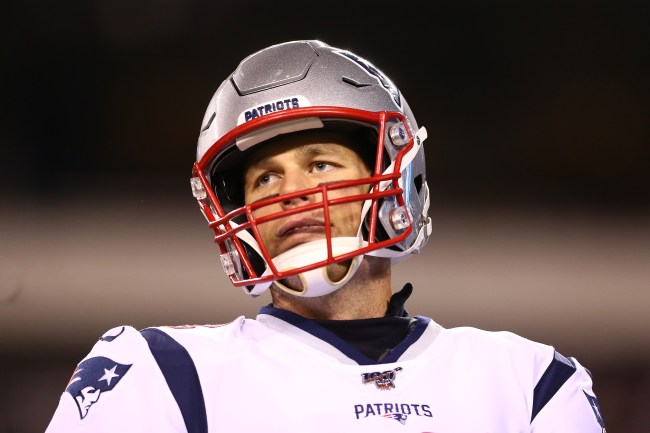 After the Patriots 17-10 win over the Eagles in their first regular season matchup since Super Bowl LII, Bill Belichick was unusually chipper in his post-game press conference. He dubbed the win a “really good team victory” and said he was “really proud of the way our guys competed.”

And then there was Tom Brady.

Brady is usually gracious in press conferences, especially following wins, but it was clear that the incredible Patriots defense lifting a stagnant offense to yet another victory is unchartered territory for the GOAT and does not sit well with him.

During his weekly Monday morning appearance on The Greg Hill Show, Brady bluntly acknowledged that the offense is the weakest cog in the Patriots wheel.

"The strength of our team is our defense and our special teams. So on offense, we’ve just got to take advantage of our opportunities and understand where our strengths lie and try to play to them."

Brady’s frustration is likely rooted in his less-than-dominant performance in his first regular season matchup against the Eagles since losing in Super Bowl LII.

No doubt he wanted to rip the souls out of the people of Philly, but instead Sunday marked the first time in Tom Brady’s 317 career starts that another Patriots (Julian Edelman) led the team in touchdown passes when Brady played the entire game. Brady was 26 of 47, a 55 percent completion rate, for 216 yards and no touchdowns.

The first three games of the season, Brady threw for seven touchdowns and zero interceptions. In the seven games since, he’s thrown just seven touchdown and added five picks in an offense that ranks 15th in the NFL in yardage, on pace for their lowest ranking since 2003.

It only gets harder for the Patriots to finish the year. They’ve still got to play the Cowboys, Texans, Chiefs and Bills. The offense will need to be better.