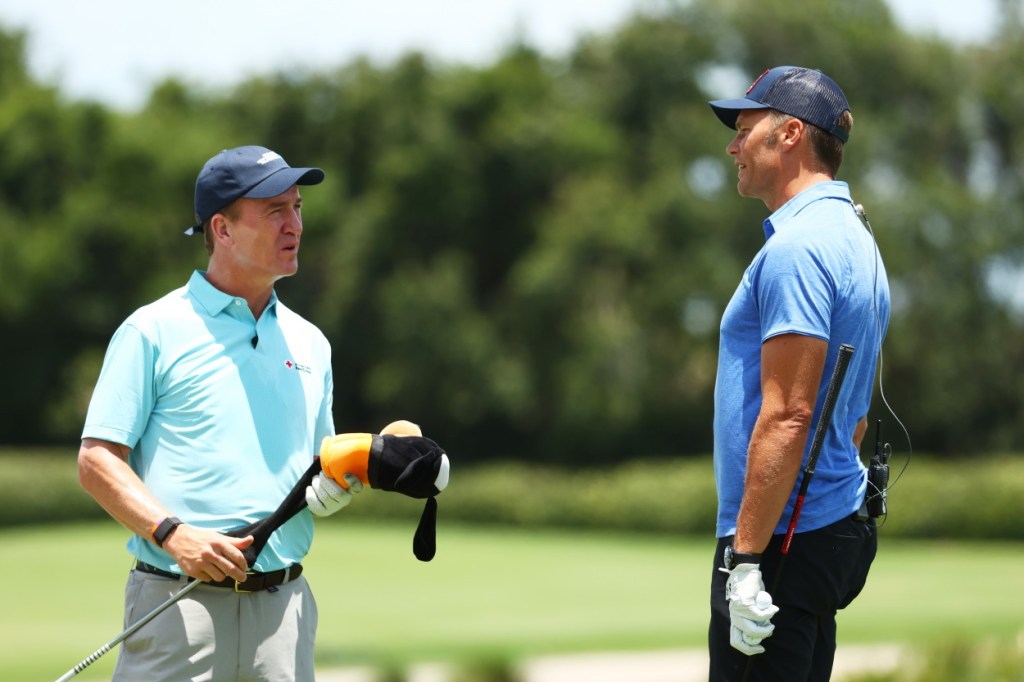 For as long as the game of football exists, people will be arguing about who the NFL’s GOAT really is. This argument can take many forms and be really broad ‘greatest football player ever’ or it can be narrowed in scope to position of ‘greatest QB/RB of all-time.’

Tom Brady vs Peyton Manning are probably the two modern quarterbacks who get pitted against each other most often in the GOAT debate. And honestly, it’s silly because it’s not even that close when you look at the stats.

Since Peyton Manning retired in 2016, Tom Brady has gone on to win three more Super Bowls and two Super Bowl MVPs. You could honestly take Brady’s career in the time since Peyton retired and compare it against Manning’s and it’d be more fun than comparing Tom’s full career against Peyton’s.

For whatever reason, the Brady vs. Manning argument has been reignited in recent days. It flared up after former Jets and Ravens linebacker Bart Scott was on ESPN Radio and threw shade at Tom Brady. But check out these side-by-side stats and tell me there’s any debate at all…

ESPN added: "By the time Manning retired, Brady only straighten his mental game, pre-snap reads, feeling out the defense, winning with your mind."

"When you ask teams nowadays, coaches, executives, a lot of people say that Brady is the absolute best in that all-time." pic.twitter.com/RamNEl2SoI

Since it's being discussed recently, which would you rather? the GOAT or Peyton Manning?

Worth noting Brady is 11-6 all time against Peyton head-to-head.

Again, Tom Brady has won more Super Bowl titles since Peyton Manning retired than Peyton won in his entire career. It’s not even close, Tom Brady changed teams and STILL won it. Yet there are still people out there who claim Peyton is th e goat in the Tom Brady vs Peyton Manning battle.

The Peyton Manning fans demand to be heard…

So why did you pick Manning?

So essentially, Peyton Manning is better in the regular season and Tom Brady is the playoff GOAT

how about all time comebacks? all time gwd? why are all these stats being excluded ?

Manning shouldn't even be in the conversation. Eli won two rings with the team that drafted him. Meanwhile, Peyton needed a Super team to lose again before being carried by the defense. Rodgers is better than Manning. Mahomes will get there. The bar isn't high if not for stats.

Brady. The answer in the ‘who is better, Tom Brady vs Peyton Manning?’ debate will always be Tom Brady from now until the end of time.