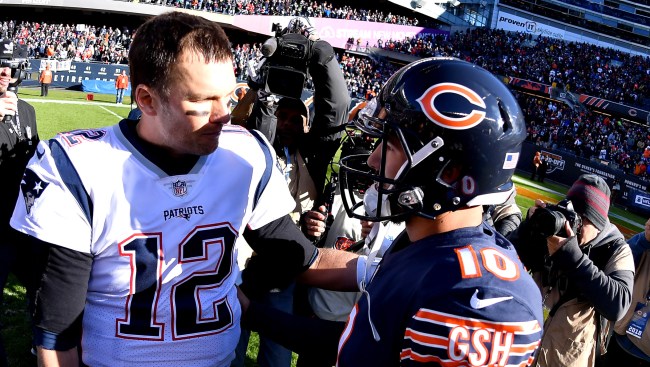 New England Patriots fans don’t want to hear it, but some day, probably in the not so distant future, Tom Brady’s abilities as a quarterback are going to start declining. And it may have already begun.

Bro is 42-years-old and in his 20th NFL season. The fact that Brady’s decline hasn’t come sooner is almost unheard of (outside of the steroid era in baseball) in the world of sports.

Last week we took note of the fact that Brady’s statistics this year just past the midpoint of the NFL season were almost identical to another quarterback 20 years his junior and playing in his very first NFL season: Kyler Murray.

A quick analysis of those stats and it would appear that the similarity is a combination of slight decline by Brady and the fact that Murray is having one hell of a good rookie season. In fact, one could argue that Murray, playing for a significantly worse team, is actually having a better season than Brady.

Someone else who surprisingly is having just as good, if not a better season than Brady is, shockingly, Chicago Bears quarterback Mitchell Trubisky.

That’s right. The same quarterback that is giving Bears fans nightmares and getting mocked by adult film sites has better passing statistics than Tom Brady since week 4 of the NFL season.

Since then, Brady has thrown 11 touchdown passes, 6 interceptions, with an average of 6.2 yards per attempt, a 59.2% completion percentage, and a 80.3 QB rating.

Trubisky, in that same period, has thrown 10 touchdown passes, 5 interceptions, with an average of 6.3 yards per attempt, a 63.2% completion percentage, and a 85.7 QB rating.

Of note: Trubisky only threw three passes in week 4 before being injured and did not play in week 5.

Since Week 4 Tom Brady's game has looked a lot like… Mitch Trubisky?!

Of course, Patriots fans will point at the one stat where Brady is better than the 25-year-old Trubisky: wins. And they would be right. But it still doesn’t change the fact that the day New England football fans have dreaded for years is most definitely coming, and probably sooner rather than later.

Nervous yet, Patriots fans? Or just in denial?

The only winning team they've beaten is the Bills who have also beaten zero winning teams. And it took a blocked punt return for a TD in order to do it.

I don't count the Cowboys wins for either team because they're trash.

Wait until the playoffs start, I guess yall been in a trance the past 20 years

This most important stat: Bears #1 in the NFL in dropped passes.

This is stupid Brady is over 40 and playing at a high level. How dare you compare the goat to turdbisky.