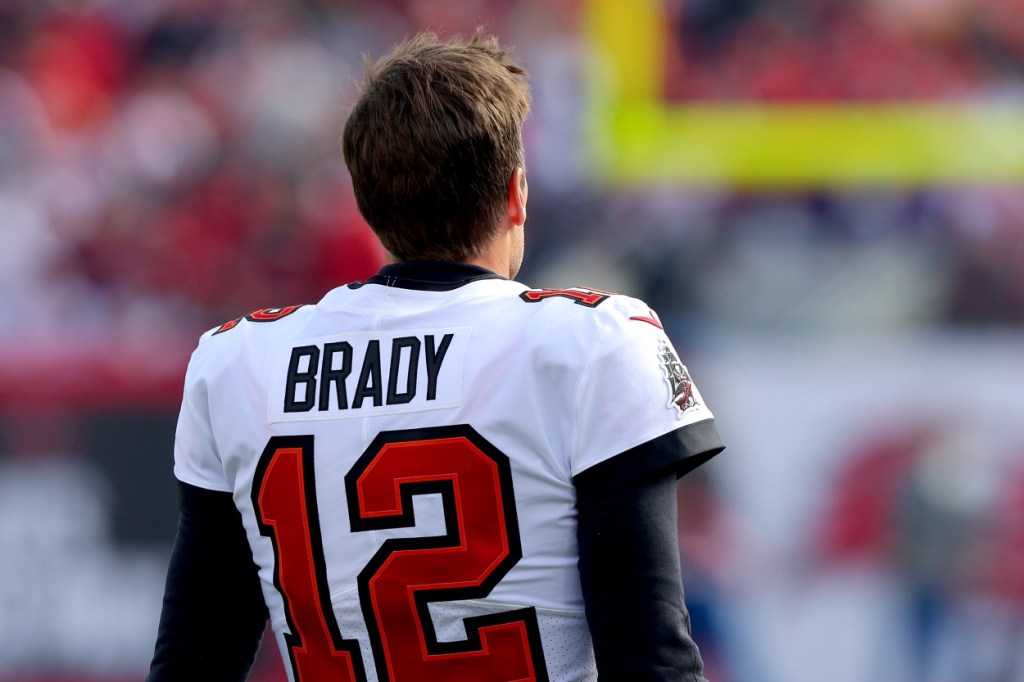 Tom Brady is very much retired. We know this because he told everyone he’s retired including his fans, his family, and his team, the Tampa Bay Buccaneers. But the speculation of ‘will he, won’t he’ is never-ending at this point.

Tampa Bay Buccaneers head coach Bruce Arians and GM Jason Licht were asked about a potential Tom Brady return on Tuesday and they humored reporters by answering respectfully. Arians even went as far as saying what another team would have to offer the Bucs in a trade package if Brady came back and wanted to play for another team.

Anytime someone close to Brady or someone within the Buccaneers organization answers these questions it fuels ‘HE’S COMING BACK’ fire. Then on Wednesday, Tom Brady himself poured gasoline on the flames when he went on the SiriusXM radio show of Fred Couples and discussed what’s next in his career. NFL fans were grabbing pitchforks and demanding answers after Brady’s “what the future holds” comments were left pretty open-ended. Here’s what he had to say.

Fred Couples: Maybe you can tell us where you’re going?

Tom Brady: (laughs) “I tell you, I wish I had a clear vision of what the future holds, but I think for me, there’s a lot of great things and a lot of great opportunities that I know I said right after football season I was looking forward to spending time with my family. And I’ve done that the last five weeks. And I know there’ll be a lot more of that, too.

So, you know, I like staying busy, that’s for sure. I played a little bit of golf and I’m actually going to see my parents tonight, which will be a real highlight for me on their turf. I’ll be sleeping in the same bed I slept at when I was a kid. I don’t think my mom knows I’m coming home yet. So it’s just between my dad and I, it is a little bit of a surprise. So looking forward to that, looking forward to some golf in the next few days and some more family time, and then we’ll figure out where we go from there.”

NFL Fans React To ‘What The Future Holds’ Comment From The G.O.A.T.

That… doesn’t sound like a guy who slammed the door shut on a comeback.

Very typical attitude when you retire from a job you’ve held (and loved) for decades. He is literally relaxing and exploring his options for what’s next.

It reads like someone who announced retirement to avoid having to think about it for a bit and enjoy family time before actually deciding if he wants to stay retired or not.

I truly think he does not know yet which is weird to announce the retirement, maybe he’s hoping his wife will give in one more year n waiting. I also get that this will annoy BA big time, but I don’t like some of BAs responses yesterday.

Nobody who watched his press conferences during his career should be surprised by these answers. He’s mastered non-committal, no sound bite interviews. I don’t know what he’s going to do but there is nothing to read into here.

The Buccaneers’ position is clear. They are opening that Tom Brady does come back but they don’t expect him to and the team is moving forward under the assumption that Brady’s fully retired.

It’s hard to fathom a time when the rest of the NFL world will be able to operate under this same assumption given that talk of a Brady comeback is more popular than the NFL Scouting Combine right now.