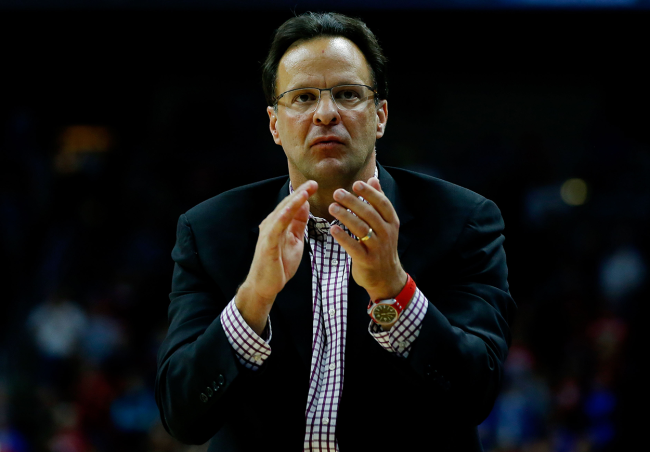 Tom Crean was fired by the University of Georgia on March 10, 2022. Since then, it appears as though he has discovered how the vast majority of people live.

Crean, 56, has been in coaching since 1987. He began his career with Alma and then spent time as an assistant at Michigan State, Western Kentucky and Pittsburgh.

In 1999, Crean got his first head coaching job with Marquette and was there until 2008 before leaving for Indiana. After 19 years with the Hoosiers, Crean was fired and then hired by Georgia in 2018.

Over the course of his four years with the Bulldogs, Crean never reached the NCAA Tournament. He won a tenure-high 16 games in 2019/20 before a tenure-low six wins in 2021/22 that ultimately led to his ousting.

All of this goes to say that Crean has known nothing but coaching for the last 34 years. To be a head coach requires round-the-clock work for a good chunk of the year and then the offseason is filled with recruiting.

Outside of a couple months (if that) it is all work, all of the time.

Currently, Tom Crean is doing no work, none of the time.

He is unemployed and there is no telling if or when another school will hire him to lead their basketball program. In turn, he his learning about living life— as in, he is doing things that normal people do for seemingly the first time.

Crean recently shared an Instagram post about what he has been up to. Is it an incredible selfie that looks as if he accidentally opened his front facing camera.

In his caption, the former Bulldogs head coach explains that he spent the day cleaning and that his eyes have been opened to a new kind of life, also known as reality to the vast majority of people on earth. Crean learned about going to the hardware store, grocery store and, get this, he even went to the post office.

The goal of Crean’s Instagram post is unclear. It feels almost as if he is trying extremely hard to let everybody know that he is doing great and loving his new life, in which he does not coach. It’s almost as if he is posting on social media after a breakup to keep everybody from worrying about him, even though he is not handling the breakup well.

Whatever the point of the post was, it will forever live in history as hilarious.