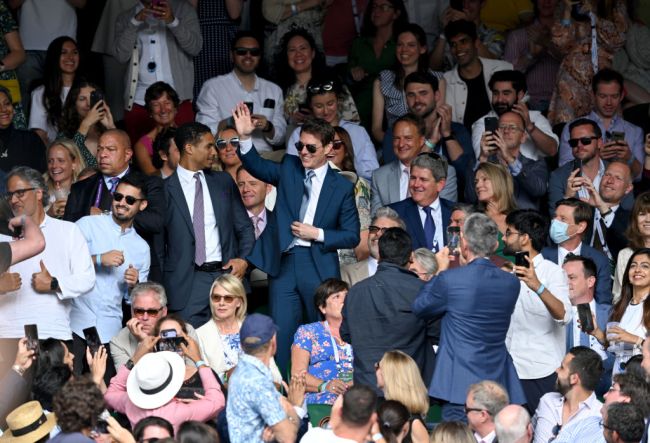 Nobody had a better Sunday than Tom Cruise. Cruise, who is in the middle of filming Mission Impossible 7, flew across the pond to meet up with his co-star Hayley Atwell.

Atwell is rumored to be dating her male counterpart and is a born-and-raised Londoner. She picked a great weekend to have her boyfriend visit.

The city was hosting both the Wimbledon Tennis Championships and UEFA European Championship. Cruise decided to swing by both events— on the same day.

His weekend began Saturday when Atwell and Pom Klementieff (who also appears in the film) attended the women’s Wimbledon final.

He was a hit with the crowd.

And he pulled a laugh from Klementieff.

Ashleigh Barty ended up taking home the trophy, but Cruise showed his support for the effort from the runner-up. As Karolína Plíšková gave her post-match interview, Cruise was straight cheesing.

the way Tom Cruise was applauding to Pliskova like a proud dad 😂 #Wimbledon pic.twitter.com/1Tp1EpeJix

The women played Sunday and the men played Sunday. Cruise was again in attendance, this time without his co-stars. I might need to get in on the whole scientology thing because he does not look 59 years old.

The Wimbledon final finished around mid day and Cruise traveled 43 minutes across the city to Wembley Stadium. England was playing Italy in the Euro 2020 final and Cruise showed up.

He is worth $600 million and sat next to David Beckham, who is worth $450 million. The two shared a one billion dollar fist bump.

He also was kicking it with Prime Minister Boris Johnson. 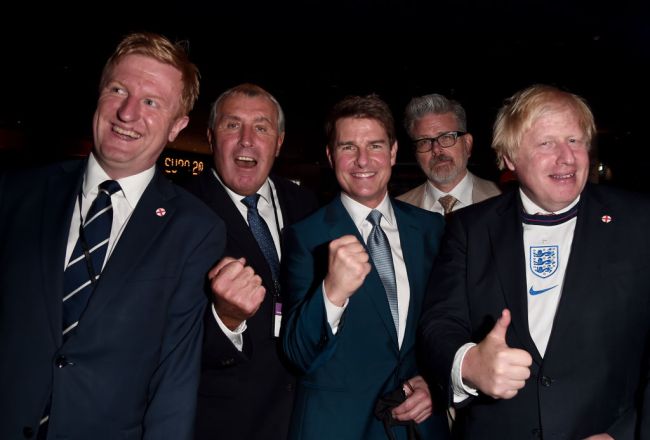 Cruise’s weekend could have been better, assuming he was supporting the British side at its home stadium. Either way, it was an incredible Sunday.

Tom Cruise has had a busy day 😅#Wimbledon | #EURO2020 pic.twitter.com/gqzyb5pqdV

Oh how sweet it is to be worth more than most professional sports stadiums.