Tom Rinaldi, The Guy Who’s Definitely Made You Cry On ESPN, Is Headed To Fox Sports 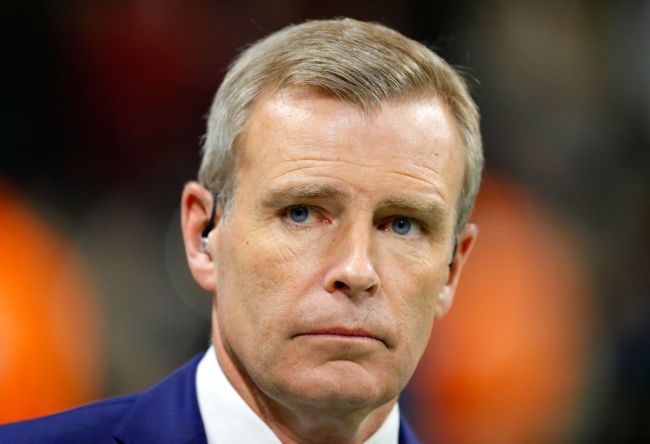 ESPN is reportedly losing another familiar face from the network as Tom Rinaldi is set for a move to Fox Sports.

Rinaldi joined ESPN in 2002 and is probably best known for his oftentimes emotional features on College Gameday. If you have a heart, you have 100 percent cried while watching Gameday and you can blame that on Rinaldi. He has also been a staple on the sideline at the biggest college football games season after season, conducts on-court interviews at Grand Slams, and is certainly a familiar voice in the world of golf, particularly during Masters week.

Had a tremendous, heartfelt conversation with Rinaldi last night. (They so often are) He’s so brilliant, so gifted and such an incredible teammate. More than that, he’s my friend. That won’t change.

Rinaldi was actually the first person to interview Tiger Woods in 2010 after the car accident that began the spiral that was Woods’ sex scandal.

According to the report from the New York Post, Fox is expected to feature Rinaldi across all of its major events including the World Series, the Super Bowl, the World Cup, and college football games as well.

It will be interesting to see who ESPN taps to fill the role of Rinaldi. He’s been one of the most familiar voices on the entire network, I’d probably put him up there with Scott Van Pelt and Wright Thompson as the most recognizable, so the shoes having to be filled are mighty.

ESPN has been busy shuffling its personnel. Earlier this year the network eliminated a total of 500 positions and let go 300 employees. Rinaldi wasn’t a part of the layoffs, this move is reportedly at his own discretion.

Fox Sports has now acquired the talents of Adam Amin, Emmanuel Acho, Jonathan Vilma, and Rinaldi from ESPN over the past year or so.