The Trailer For ‘Tom Vs. Time’ Proves Tom Brady Is His Own Biggest Fan 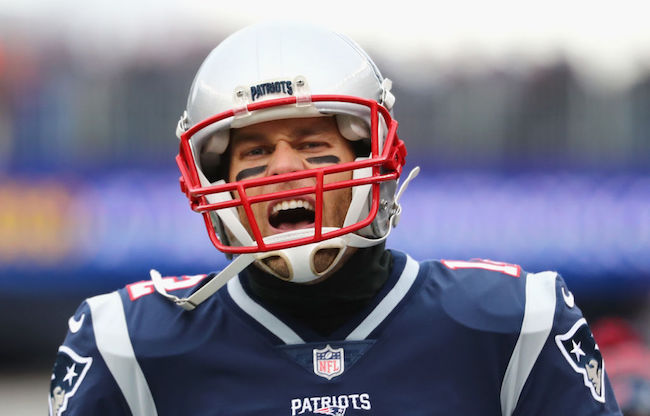 Even the biggest Tom Brady haters have to admit he will go down in history as one of the greatest— if not the greatest— NFL players of all time. The New England Patriots quarterback has led his team to five Super Bowl titles, and it appears he’s well on his way to having to use another hand if he wants to show off all of his Super Bowl rings.

Despite his high profile status, Brady has made a fairly concerted effort to keep his personal life private (with the notable exception of one of the greatest GIFs of all time). However, it appears the QB has decided it’s time to give the public an inside look at everything that makes him tick based on the recently released trailer for the upcoming documentary series Tom vs. Time.

According to the New York Times, the documentary was filmed over the course of the 2017 season after Brady decided to give documentarian Gotham Chopra full access to virtually every aspect of his life. The series will focus on the steps Brady has taken to remain such a dominant player at the age of 40 (it’s unclear if it will dig deeper into his absurd diet or highly inadvisable method of preventing sunburn) as well as his relationship with Gisele Bündchen and their three children.

While Brady is certainly justified in thinking highly of himself, the trailer is filled with a few fairly self-indulgent quotes that will simultaneously affirm what both his biggest fans and diehard detractors already think of him. It doesn’t include a clip of Brady looking into a mirror and telling himself how handsome he is, but there’s no telling what will make it into the final cut.

The first episode of the six-part series is scheduled to be released on Facebook later this month.