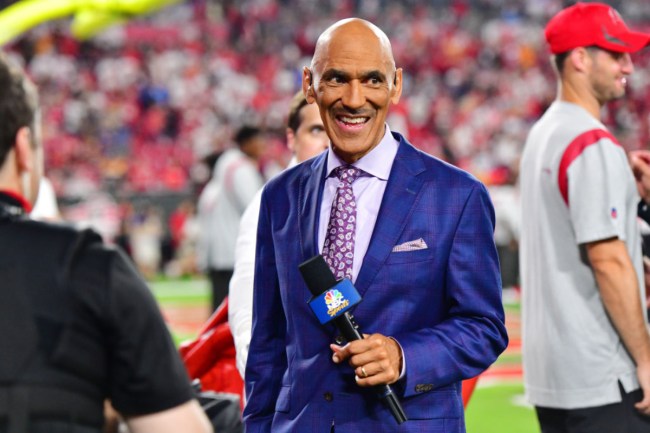 Antonio Brown isn’t exactly the most stable person in the world and his latest stunt is just the latest example of him being, let’s say, an extremely unique individual.

During Sunday’s Buccaneers-Jets game, Brown took off his jersey and shoulder pads, threw them to the ground, and ran on the field before heading to the locker room. It was truly a sight to behold as he pumped up the crowd as he left the field.

According to NFL Network’s Ian Rapoport, Brown refused to go back into the game because he felt he was too injured to play and the Bucs coaching staff responded by kicking him off the sidelines.

Following the Bucs’ 28-24 win over the Jets, Tampa Bay head coach Bruce Arians made it very clear that Brown is no longer a member of the Buccaneers.

While the majority of people on social media criticized Brown for his actions, former NFL coach Tony Dungy took a softer tone with his reaction to Brown’s latest stunt.

“I’ve said this in the past: I feel sorry for Antonio Brown,” Dungy explained. “He’s talented, but he needs help. In the NFL, we’re not doing him any favors if we keep signing him and keep rewarding this kind of behavior. Don’t sign him until he gets some help.”

Dungy has never been one to sugarcoat his opinions on certain matters and his message about Brown here is certainly a genuine one.

If you had to bet on it, you’d probably be safe wagering that we’ve seen the last of Brown in the NFL. Then again, he’s pulled ridiculous stunts in the past and has been given opportunity after opportunity.