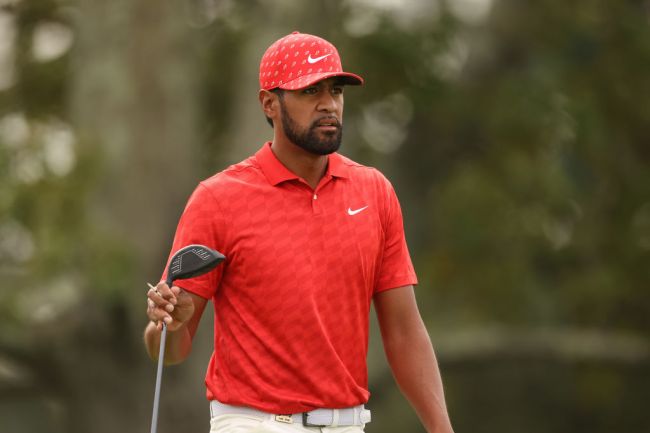 Tony Finau is reportedly being sued for more than $16 million by former business associate Molonai Hola, according to the Desert News. Finau’s brother Gipper, his father Gary, his agent Christopher Armstrong, and the Wasserman Media Group are also named in the lawsuit.

The suit, which was filed in 3rd District Court last week, claims that Hola, a former Utah football player, paid Finau and his family’s expenses for several years with an agreement in place of being paid back, but Hola is claiming he was never compensated. According to the report, Hola became familiar with the Finau family in 1997, when Finau would have been only eight-years-old.

The Utah businessman and owner of Icon Sports reportedly began financing expenses for Finau and his brother later on after the two turned pro in 2007.

According to the suit, the expenses added up to $592,371.37 over several years. Hola is seeking that amount, plus interest, and for compensatory damages of “at least $16 million, plus interest. Hola claims that to have been promised 20% of the Finaus’ future professional earnings.

Finau, currently ranked 14th in the world, has made just under $20 million on the PGA Tour during his career.