Tony Finau Details 2014 Incident With Police: ‘Within Seconds My Face Was Slammed Against The Door’ 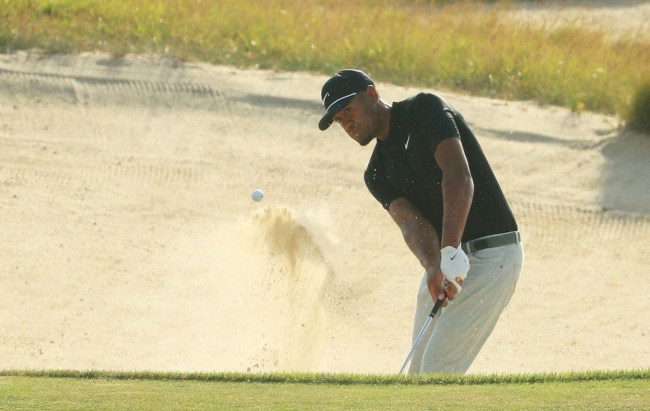 While Harold Varner III was the first PGA Tour player to address social injustice and racism during an open conversation with commissioner Jay Monahah following the death of George Floyd, Tony Finau has now joined in on the conversation.

Finau, who is Polynesian and the No. 16 player in the world, posted a video on Instagram Tuesday night in which he shared details of a personal incident involving the police in 2014. He told a story about when he was handcuffed and put behind bars for the first and only time of his life because of the color of his skin.

He explained that he was a passenger in a white friend’s car who happened to have a “couple bad tickets with his driving, so he had a warrant out for his arrest.” After they were pulled over, Finau and his friend were both asked to get out of the car. He explained that he asked the officer ‘why?’ and before he knew it he had his face slammed against the car door.

“Within seconds my face was slammed up against the passenger door, and I was in handcuffs. Shortly after that, I was in the back of car,” Finau said. “To try to describe the feeling of injustice, unfairness at this time, and try to portray that to those who have never been treated this way, it’s a very inhumane feeling and wrong on all levels. And it’s a criminal act for law enforcement to treat anyone this way but especially those of color.”

Commissioner Monahan penned a letter addressing the social injustice, racism, and the Black Lives Matter movement as the Tour’s first public response following Floyd’s death. The Tour has also announced that they will be setting aside the 8:46 tee time this week and hold a moment of silence, prayer, and reflection.