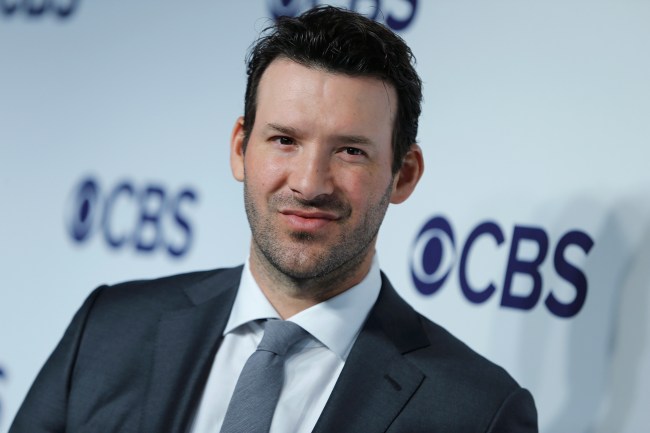 Tony Romo is officially letting all the broadcasting praise get to his head. Through the first five weeks of the season, he’s been like Detlef Schrempf in NBA Jam–hot as a pistol. The can’t miss kid. Pulling up at half court on a breakaway and hitting nothing by nylon. From predicting plays based on formations to turning full fanboy  during the two-minute drill, Romo has been a welcomed wrinkle in the NFL landscape.

In last night’s Eagles-Panthers Thursday night game, Romo decided to test his luck with a comedy bit involving Eagles’ long snapper Rick Lovato. It went over like a fart in an elevator.

So @tonyromo is out here thinking he’s doing stand up at the Comedy Cellar. pic.twitter.com/D6iqs9jt0H

Hey Tony. I got one for ya…

How do you plan a space party?

You can use that one, Tony.