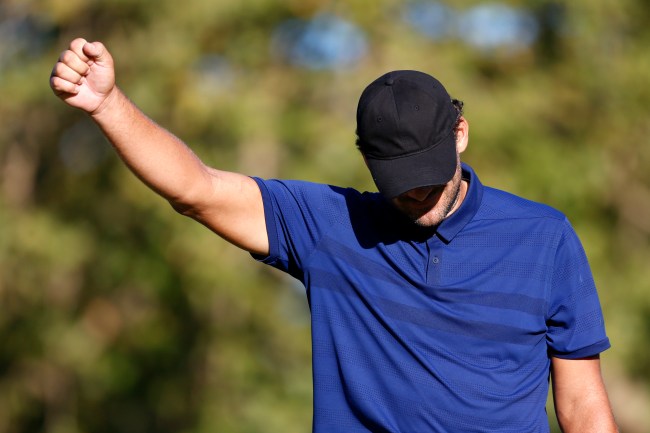 News broke that ESPN was preparing an offer to make Tony Romo the ‘highest-paid broadcaster’ in sports history. Tony Romo will be a ‘free agent’ after the NFL playoffs conclude and will no longer be under contract with CBS which means ESPN has an opportunity to snatch him up.

According to reports, ESPN’s proposal is a multi-year offer that would range between $10-14 million annually and Tony Romo would take over for Booger McFarland on ESPN’s Monday Night Football as well as potentially take the helm of new NFL initiatives from ESPN.

SCOOP: ESPN is preparing an offer that would make Tony Romo the highest-paid sportscaster in TV history, with a multi-year deal that would pay him between $10 million to $14 million annually, according to sources.@MMcCarthyREV with the details.https://t.co/M9kBoBsJYg

If signed by ESPN, Romo could succeed Booger McFarland as the analyst on “Monday Night Football,” said sources. Romo could also potentially quarterback ESPN’s NFL game coverage if parent Disney acquires a Sunday afternoon game package from rival Fox Sports, CBS Sports, and NBC Sports during the next round of NFL TV negotiations in 2020-2021.

No deal has been signed yet, and one source said any negotiation for a new contract for Romo might not wrap up until a month or two after Super Bowl 54.

Immediately, all the hoopla was around Tony Romo becoming the ‘highest-paid’ ever. If he gets paid $14 million that will be the most dollar signs on a check, sure. But when you adjust for inflation it’s what John Madden was getting paid back in the day, and when you compare Madden’s contract to what NFL players were making back then it becomes absolutely absurd.

Bryan Curtis of The Ringer was quick to point this out on Twitter and poke holes in this ‘highest paid’ narrative.

John Madden’s 1994 salary, adjusted for inflation, was about $14 million per. https://t.co/lqCljrjeGo

If agents are gonna do an end zone dance, at least make them adjust for inflation.

My favorite fact, which I never get tired of re-upping, is that Madden made more than any NFL player in 94.

The equivalent is ESPN paying Romo like $40 million per year.

That last fact blows my mind. John Madden was getting paid more as an analyst than any player was earning in the NFL. ESPN would need to fork over somewhere around $40 million to match that for Tony Romo and there’s no shot in hell they’d ever consider spending that much on an analyst.

ESPN’s Monday Night Football did see ratings boost this year despite the fact that most people found Booger McFarland completely unwatchable. It’s unclear if Tony Romo would lead to a boost in ratings but he’d certainly be an upgrade over Booger in terms of quality commentary.