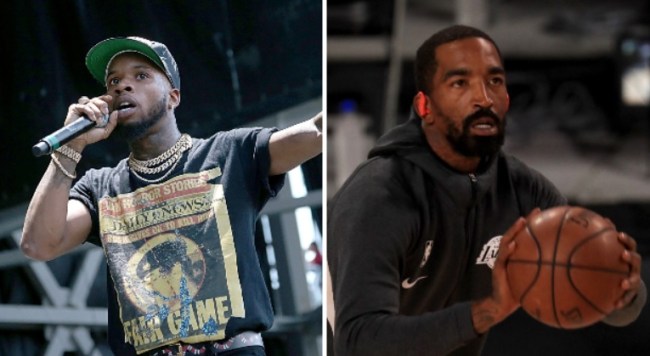 Rapper Tory Lanez, who was accused over the summer of shooting his then-girlfriend Megan Thee Stallion in the foot during a heated altercation, released a surprise album DAYSTAR and he didn’t hold back while going after his critics.

In the album, Lanez denied shooting Megan and claims he’s being set up by her and her team.

Tory also dissed Lakers’ JR Smith on the record for calling him out earlier this year over the shooting.

“ you the last person to talk about shots that hit “ lmao Tory didn’t have to do jr Smith that dirty pic.twitter.com/gxWYa4M8mA 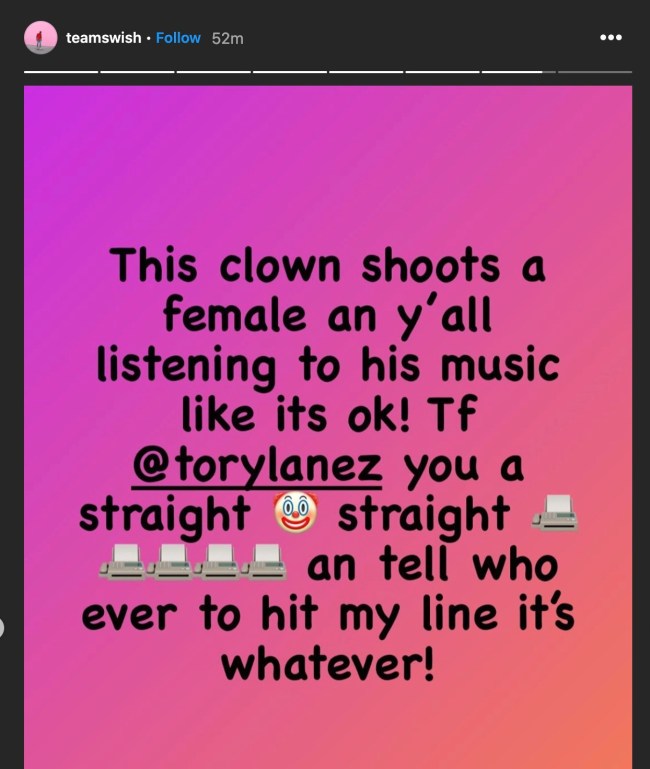 We’ll have to wait and see if JR responds but it seems like he’s currently busy inside the NBA bubble with his team one win away from the NBA finals.