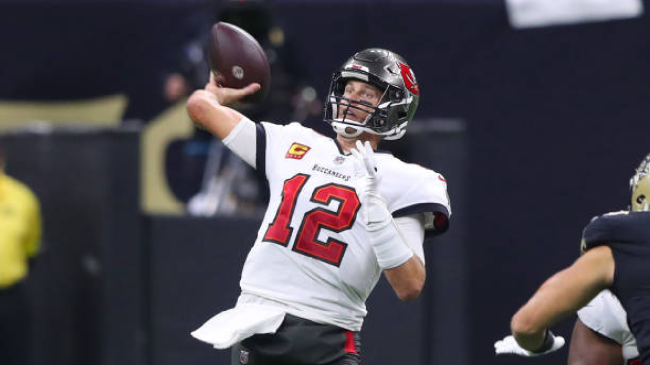 Back in January, Tom Brady threw what the football world would eventually come to believe was the last touchdown pass of his NFL career. The pass was caught by Mike Evans, who then proceeded to toss the ball into the stands.

When Brady officially retired, that ball was expected to get the fan who caught it a massive payday. He put it up for auction and somebody paid over $500K for “Tom Brady’s last touchdown ball”.

Unfortunately for that fan, it wasn’t long after he made his purchase that we learned it wouldn’t actually be Brady’s last touchdown pass. That fan would get his money back, but that left the person who caught the ball in the first place without his big payday.

He recently relisted the ball and while he didn’t get close to the original sale price, he did get a nice payday for a ball he caught for the price of a Bucs playoff ticket.

Before Tom Brady unretired, the ball that would have been his last touchdown pass (to Mike Evans in the playoffs), sold for $518,000. That transaction was canceled. It has now sold for $129,000. https://t.co/0GTrCiCM9K

Since throwing that touchdown, Brady has thrown a couple more regular season TDs. Luckily, fans knew not to bid massive amounts for either of those balls.

Maybe after the NFL season ends this year, fans will wait until they are absolutely sure that Brady is staying retired before they put in any large bids for anything labeled Tom Brady’s “last ever”.