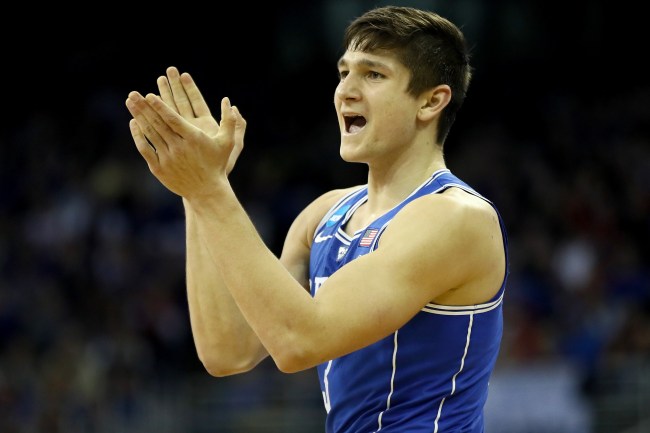 Grayson Allen is BACK, ladies and gentlemen. The Jazz’s number 22 overall selection and professional irritator drew the ire of college basketball fans over the past few years when he tripped his opponents on several occasions, threw temper tantrums on the bench, and generally displayed entertaining levels of hot-headedness.

During the third quarter of the Utah Jazz’s summer league game against the Atlanta Hawks, Allen was involved in a scuffle with fellow rookie and fifth overall pick, Trae Young.

Allen wedged his arms into Young’s as the he attempted a three-point shot, Young then clapped back with a forearm to the back of Allen’s head, followed up by Allen doing his best impression of a bull charging a matador.

Both players were given technical fouls, and Allen also received a personal foul for the initial contact.

After the game, Young said this:

The dust up was likely due to both players having an awful shooting night–Allen shot just 2 of 13 from the floor while young shot 3 of 16 in the Jazz’s 92-87 win.