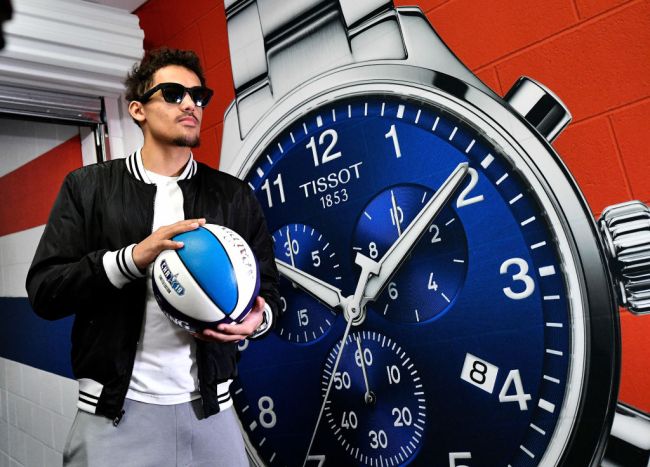 The NBA season is over but that isn’t stopping Trae Young from doing ridiculous things on the hardwood. After being passed up for Team USA at the Tokyo Olympics, the 22-year-old pulled up to a Pro-Am league on Monday and put on a show.

Having gone to high school just outside of Oklahoma City and attending the University of Oklahoma, Young is very familiar with the Skinz League. The OKC competition began back in 2016 and the majority of participants played in college.

It’s a decent run that draws some strong competition and Young first played in the Skinz League last summer. His performance on Monday was the best yet.

Young was guarded by Davaunta Thomas throughout the night. Thomas played for Arkansas Fort Smith in college and most recently spent time in the Lithuanian league.

Before getting into the poor end to his night, I have to put some respect on Thomas’ name. He went toe-to-toe with Young for most of the night and dropped 27 to the Hawks guard’s 25.

He should have just let his play do the talking.

Young and Thomas were in each other’s faces all night and extremely vocal with their trash talk. That ended very poorly for Thomas.

It was pure pandemonium in the small host gym.

When you talk that 💩 , just know you gotta back it up with me..!
THIS FOR THE CITY❄️ pic.twitter.com/HEreTIfIUl

Here it is in slow-mo:

I would say that this deserves the ‘Father Stretch My Hands’ treatment, but I don’t think the Skinz League is worth that honor. It was still an epic, ice-cold shot after a long night of back-and-forth verbal jabs.

Maybe Team USA wouldn’t have lost to France in Tokyo if Young was on the roster?