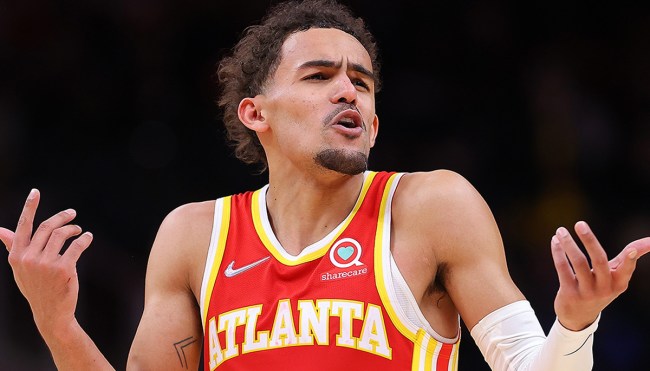 The NFL has traditionally offered people an excuse to post up on their couch when the tryptophan starts to kick in on Thanksgiving, but Christmas has historically belonged to the NBA thanks to the slate of games the league schedules to be played on the holiday (although it could only be a matter of time until there’s some competition).

While the NFL insists on shoving the Lions and the Cowboys down everyone’s throat on an annual basis, the NBA usually does a much better job reading the room by focusing on matchups featuring crowd-pleasing rivalries, notable superstars, or top contenders for the title.

However, when you consider the primary goal is to draw in as many viewers as possible, Adam Silver and Co. also tend to cater to some of the league’s biggest basketball markets—even when there’s a very good chance some of those teams will be in the midst of a season that leaves plenty to be desired by the time Christmas rolls around.

On Sunday, Shams Charania gave us our first (unofficial) look at the matchups we’ll reportedly be getting this year.

While the showdowns between the Bucks and the Celtics and the Warriors and the Grizzlies seem to have plenty of promise, plenty of fans were less than thrilled with the Lakers getting the Mavs instead of the Clippers and the Knicks receiving what seems to be an almost obligatory home game over other more exciting (and arguably more worthy) squads.

Trae Young appeared to be one of the people who felt the list left something to be desired, as the Hawks star (who was forced to miss Atlanta’s game against the Knicks last Christmas after testing positive for COVID-19) treated us to a very premature Festivus celebration by airing his grievances after his team failed to get the nod.

Tell us how you really feel, Trae.