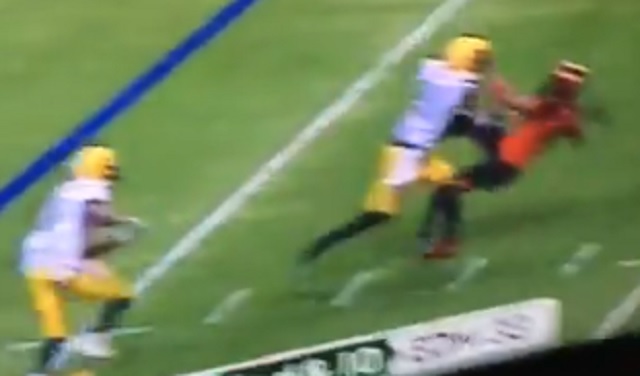 Be careful what you wish for because it might actually come true.

During last night’s CFL game between the BC Lions and the Edmonton Eskimos a trash talking cornerback for BC got absolutely rocked just a few seconds after calling out Edmonton’s wide receiver at the line scrimmage.

The Internet of course had some hilarious memes to mock BC’s cornerback.

Maybe he didn’t know in the Canadian game receivers can take a running start presnap?

Yep, that’s is what I have always lived by. Don’t call out the bull if you are not ready for the horns. That is priceless!!!!

Live look at this kid after the game. Gotta get in the gym if you wanna talk smack. pic.twitter.com/wPwKeTLg8d