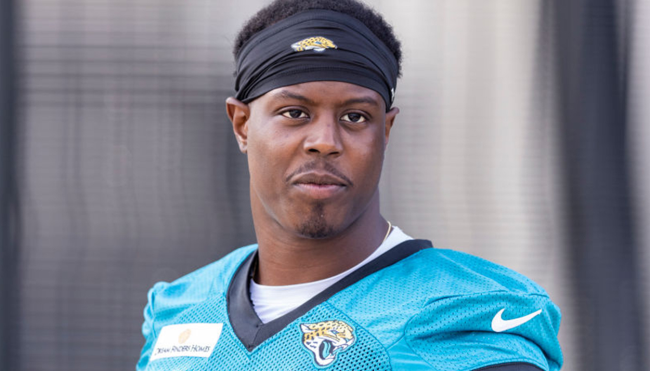 When the Jacksonville Jaguars drafted running back Travis Etienne in the first round of the 2021 NFL Draft, they had high hopes for the rookie. The former Clemson Tiger was recreating his college backfield alongside Trevor Lawrence in Florida and his athleticism was going to be of value all over the field.

In addition, the Jaguars had a new head coach in Urban Meyer, who they hoped would bring them out of the basement.

Obviously, that did not happen. Neither Jacksonville nor Etienne’s seasons went according to plan.

Etienne got to training camp and was moved to more of a wide receiver role. And then he got injured very early on.

During the team’s second preseason game against the Saints, Etienne went down with a Lisfranc injury. A Lisfranc injury refers to a type of injury to the bones or ligaments, or both, in the middle part of your foot. He was ruled out indefinitely.

Not long thereafter, it was revealed that Etienne suffered a significant tear in his foot that required surgery. He was placed on injured reserve and the injury ended his 2021 season before it began.

Meanwhile, the Jaguars completely imploded. Meyer was allegedly kicking players, he was groping women who weren’t his wife at the bar, and nobody liked him— especially after he reportedly berated his staff for being unintelligent during a team meeting.

Etienne was in and out of the building throughout the year but his injury kept him on the sidelines. He didn’t mind too too much.

#Jaguars RB Travis Etienne on not playing last season with all the Urban Meyer drama going on: “If there was any year to miss, I missed a great one.” pic.twitter.com/qNzdNVmDi9

Etienne, and the rest of his team, will hope that 2022 treats them better.