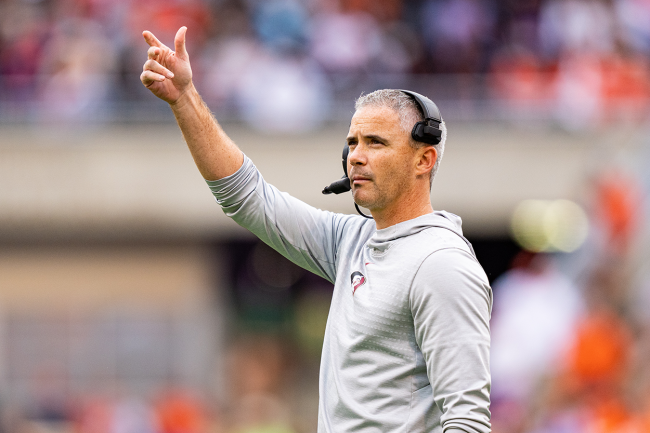 On December 14, 2021, the day before Early Signing Day, the expectation was that Travis Hunter was down to two schools. As the No. 1 recruit in the nation, he could have gone anywhere in the country, but he was considered to be deciding between Florida State, Auburn, Clemson and Georgia.

All signs pointed toward the 6-foot-1, 165-pound wide receiver and cornerback committing to play in Tallahassee. And then the entire landscape of college football was flipped on its head.

Hours before Hunter’s singing day announcement, rumors began to circle about him potentially committing to play for Deion Sanders at Jackson State. And then the chatter continued to get louder and louder until Hunter stood in front of three hats, tossed them all aside, and became the highest-ranked prospect to commit to an HBCU or FCS program.

The nation’s top recruit committed to play for Coach Prime in Mississippi.

Hunter’s decision sent shockwaves across college football. Florida State head coach Mike Norvell, who likely thought that he was about to land the No. 1 overall recruit, handled the decision with grace.

However, it sounds like he also left the door open. In the new era of college football, the transfer portal is allowing players more mobility than ever and if Hunter every chose to change his mind and wanted to play for the Seminoles, it would be safe to assume that he would be welcomed with open arms.

He also mentioned that when he made his commitment, Norvell and defensive backs coach Marcus Woodson texted him to congratulate him. They never talked via phone.

“I texted them. I didn’t get on the phone with them. I talked over text. That’s it.”

Hunter also said that they weren’t upset or frustrated, but congratulatory and willing to stay in contact should things change down the road.

Obviously, Florida State would be thrilled to bring Hunter to Tallahassee via transfer portal if that was ever to be an option. As of right now, it doesn’t sound like it is.

But the door is open.