So, We’ve Been Mispronouncing Travis Kelce’s Name For Nine Years… 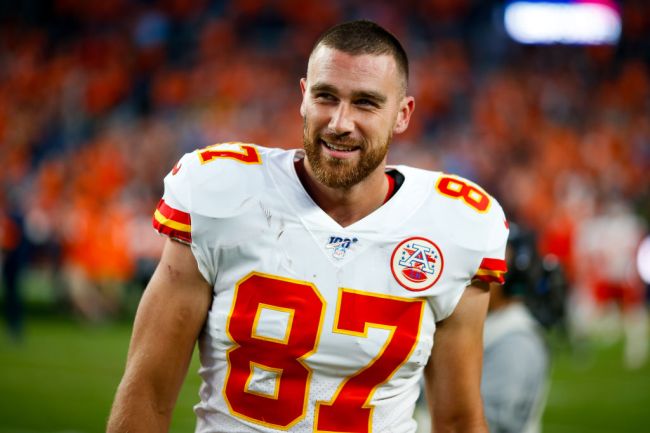 If you have ever watched a Kansas City Chiefs football game, you have definitely heard something along the lines of, “Mahomes to Kelce for the touchdown!” But chances are, the announcer mispronounced Travis Kelce’s last name.

On an episode of the “Bussin’ with the Boys” podcast, the All-Pro tight end pronounced his name “the other way.” Instead of ‘Kel-cee,’— how a majority of announcers and even his teammates say it— Kelce revealed it is actually ‘Kels.’

Please tell me you are kidding @tkelce is my whole life a lie??? pic.twitter.com/FDeOEnuMm6

Kelce says he “just kinda rolls with the punches,” which I guess means accepting that everyone in the world says your name incorrectly.

Kelce went on to clarify that ‘Kels’ is his real name and ‘Kel-cee’ is “a nick name.” Kind of like an on-the-field alter ego of sorts?

However, in a video clip from the 2020 AFC Championship Game, Kelce clearly spells out and says his name ‘Kels.’

Via YouTube, Travis Kelce's pronounced it 'the other way' before. This was in the lead-up to the 2020 AFC Championship vs. Titans #Chiefs pic.twitter.com/G9mF3GMfLy

Do not feel bad, though. Even Kelce’s teammates did not know, taking to Twitter to show their surprise.

so I've been saying his name wrong this entire time 😬

Bro he never corrected us once https://t.co/dukbRjSwev

Look at the shiii storm that you’ve created @tkelce 😂🤣😂 https://t.co/vKqyZxt0h0

Clyde Edwards-Helaire had maybe the best reaction. The running back, who is one year out of college, may have thought battling NFL lineman was hard, but it turns out learning his teammates’ names may be harder.

Kelce, of course, took it like the champion he is.

Not trippin at all… you can actually keep calling me that 😂😂

Travis Kelce’s older brother Jason also plays in the NFL. However, the Philadephia Eagles center has not tweeted since 2016, so we might not have a second source to back up Travis for a while.