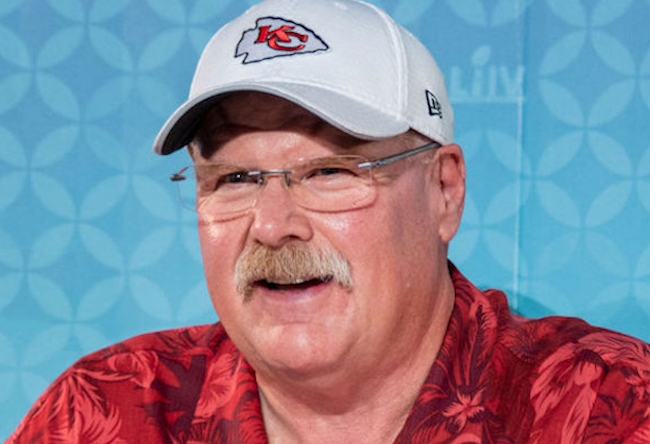 Earlier this year, a 25-year-old YouTuber and Tom Brady superfan used some of the millions of dollars he’s raked in by making videos starring puppets from the Mario universe (a series of words that really, really makes me hate myself) to successfully bid $800,000 in a charity auction to get the V.I.P. experience during the legendary quarterback’s first game in Tampa Bay in addition to the chance to have dinner with the G.O.A.T.

When I saw the news, I couldn’t help but imagine what it might be like to break gluten-free bread with Brady, as I feel like you’d have to sit politely in silence every single time a new course is served to allow him to dissect the dish and explain the benefits of all of its ingredients while using the word “alkalizing” more than any normal person should until you breathe a small sigh of relief when a scoop of avocado ice cream arrives at the table to signal the end of the meal.

Brady has plenty of quirks that have earned him a reputation as a pretty weird dude but I feel like sharing a table with him would be a relatively normal experience compared to what you might encounter if you had dinner with some of the notable names who coach football for a living, a line of work that seems to attract some particularly interesting characters.

I assume that the first thing Pete Carroll would do when he’s seated is ask for a plate he can use to store the piece of gum he’ll spend the night putting in and out of his mouth in between bites and I can only imagine dining with Jim Harbaugh would inevitably end with you discretely slipping your waiter a $20 bill to apologize for the scene he made because the glass of milk he ordered wasn’t cold enough for his liking.

However, not every football coach is a borderline sociopath, and if I had to pick one I would actually want to have dinner, I wouldn’t have to think twice before going with Andy Reid. While I assume it would take place at a steakhouse where he’d show up wearing his nicest Hawaiian shirt and proceed to inhale a porterhouse before you manage to take four bites of yours, part of me likes to think he’d ask how you feel about meeting him at “the good Buffalo Wild Wings” in the Kansas City area to crush a few beers, where he’d still rock a floral buttondown but go with one that already had a stain from a previous visit.

When the Chiefs earned a spot in Super Bowl LIV, Reid revealed he celebrated by eating a cheeseburger before passing out, and when they took home the Lombardi Trophy a couple of weeks later, he pledged to commemorate the achievement by devouring “the biggest cheeseburger you’ve ever seen.”

On Tuesday, the Chiefs honored the people responsible for bringing the franchise its first championship in 50 years in a slightly more refined manner when it revealed the Super Bowl rings it commissioned for the occasion, each of which features 255 diamonds, 36 rubies, and a few reminders of the work that went into winning The Big Game.

Chiefs handed out their Super Bowl rings tonight and here’s what they look like, via @chiefs. Thoughts? pic.twitter.com/nzDAvr4xYL

Reid already had a Super Bowl ring he received when the Packers won a title during his time as an offensive assistant in Green Bay, and after the Chiefs showed off the new bling, he revealed the perks that come along with having a piece of jewelry he reserves for one of two scenarios: special occasions and moments in life where he’s in the mood to get a cheeseburger on the house.