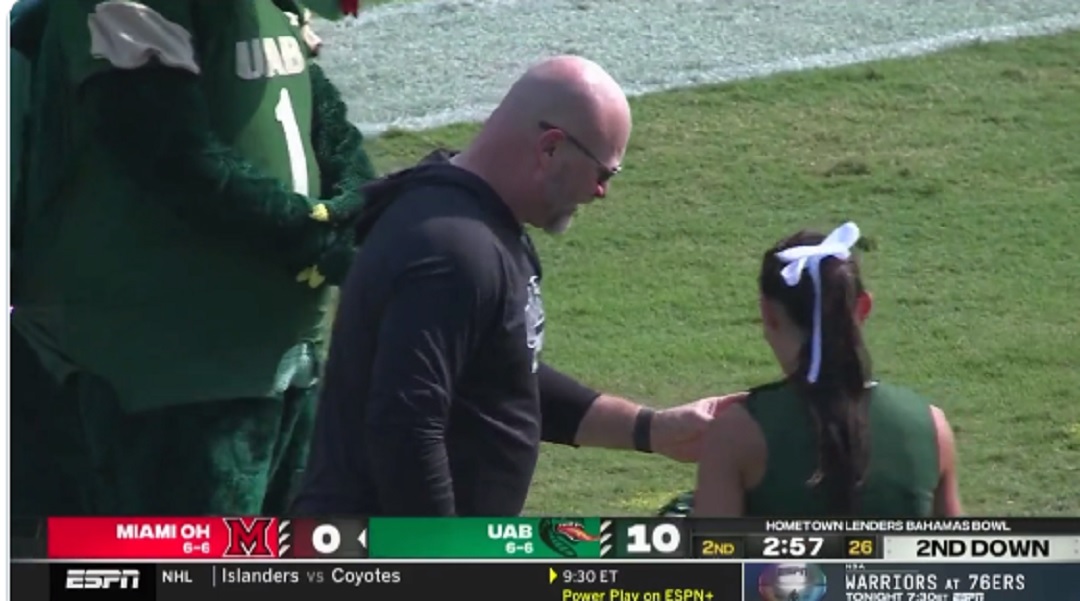 Former NFL QB Trent Dilfer has already gone viral on his first day on the sidelines as a college football head coach.

Trent Dilfer (@DilfersDimes) on what @UAB_FB can expect from him as the new head coach pic.twitter.com/WpQRlPxFPA

On Friday, Dilfer was on the sidelines to show support for the team in their bowl game against Miami (Ohio).

Trent Dilfer dapping up his players. The new UAB coach got to the Bahamas yesterday and will depart with the team after the game tonight. #BahamasBowl pic.twitter.com/XgycVXaKY2

During the game, ESPN’s cameras caught Dilfer showing off his Super Bowl ring to a UAB cheerleader.

Definitely just saw Trent Dilfer trying to mack on @UAB_FB cheerleaders during whatever garbage bowl game this is. Like "Hey check out my Super Bowl ring"#BahamasBowl

It didn’t take long for fans to make jokes about Dilfer’s sideline interaction.

espn definitely just snitched on trent dilfer by showing him on the sideline trying to rizz up a uab cheerleader by showing off his super bowl ring. that's a crazy first look. hilarious start to the bahamas bowl.

Trent gonna get fired on his first day on the job https://t.co/vFgyiwVQWi