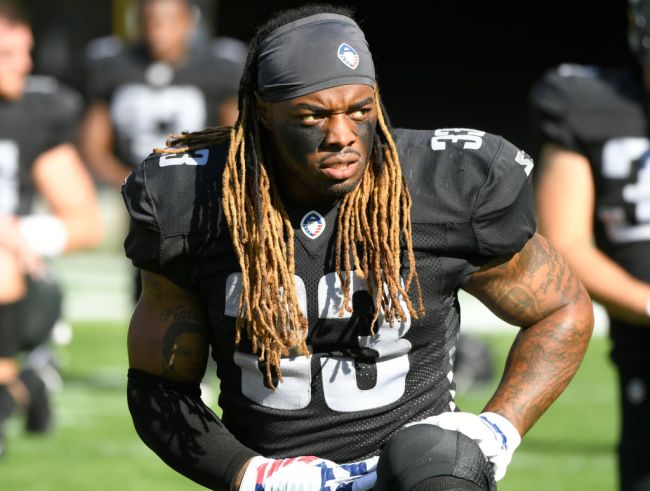 It has been two years since Trent Richardson last played professional football, but his career isn’t over yet. The former Alabama football star is set to play in his third different North American country after signing with the Caudillos de Chihuahua of the Futbol Americano de Mexico, a league founded in 2016. He was introduced in a press conference last week.

Although one would assume that he is going to play running back for the Caudillos, Richardson declined to give specifics on his role with the team.

“My role will be — we’ll have to let y’all know,” he said. “Breaking news will come out soon. But I know when I do get here, I do want to win, and I do come to win fans. And I’m going to bring a lot with me as far as my mindset and teaching and helping bring awareness to the community to the team and what this team’s about.

The 30-year-old running back is considered one of the bigger letdowns in NFL Draft history after being selected with the third pick in 2012 by the Cleveland Browns. He was seen as one of the best prospects at his position since Adrian Peterson but was unable to reproduce his collegiate production on the next level.

Richardson ran for 3.6 yards per carry as a rookie, which was the lowest yards per carry by a first-year running back that year. He played only two games for the Browns in his second season and was traded to Indianapolis for a first round pick. He lost the starting role late 2013 and could not regain the top spot on the depth chart in 2014. Short stints with the Raiders in 2015 and the Ravens in 2016 were equally as unsuccessful and his career led him to the Saskatchewan Roughriders the next year.

He played four games in the Canadian Football League and was released by the team in 2018, which led him to the American Alliance of Football. Richardson quickly became the league’s most productive player with the Birmingham Iron before it was shut down after only eight weeks. He ran for 336 yards and 11 touchdowns on 125 carries in the eight games and caught 31 passes for 205 yards and a score.

Richardson has not played professional football since 2019 but he is enthusiastic about his opportunity in Chihuahua.

“It’s over 30 million fans of football here in Mexico,” he said. “I mean, that’s big. And there’s a lot of talent out there. To play professional football and have an opportunity and, hopefully, this league gets really good one day – well, I’m not going to say they’re not good – but get to a point where the NFL don’t have a choice but to come play against this league over here. Hopefully, I can be a part of that and say that I helped start something like that or I helped be a part of that or I helped facilitate some of that. And so it’s really just a bigger opportunity for me, too.”

You can find the full press conference here:

It will be curious to see in what capacity Richardson returns to football, but it would be fun to see him running over dudes south of the border.