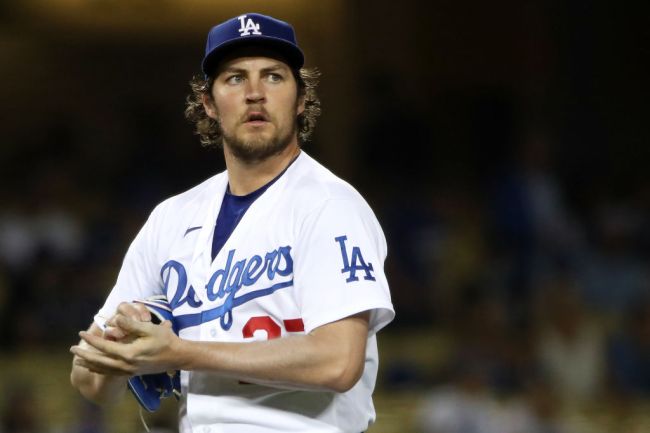 Trevor Bauer and his team are fighting back against the sexual assault allegations made against the Dodgers’ pitcher.

Earlier this week, Bauer’s agent released a statement claiming the MLB pitcher denied any wrongdoing and had text messages to prove that he had a “consensual” relationship that included rough sex that his accuser specifically requested while the two were together.

On Wednesday afternoon, The Athletic’s Brittany Ghiroli and Katie Strang released a graphic report that went into detail describing the disturbing allegations made against Bauer.

According to the woman, Bauer choked her unconscious during rough sex then raped her while she was passed out. The woman went on to claim Bauer strangled her until she lost consciousness during a second encounter and proceeded to punch her in the face until she woke up.

Bauer’s reps have now released alleged text messages between Bauer and his accuser that they say prove the woman not only consented to have rough sex but also asked to get “choked out” and “slapped in the face.”

Trevor Bauer's representatives sent Larry Brown Sports what they say are text messages between Bauer and the woman who has accused him of assault.

The messages allegedly came between the 1st and 2nd encounters. Police in Pasadena are investigating https://t.co/6LNthTVagr pic.twitter.com/NDjJNgUKam

The Pasadena PD is currently investigating the sexual assault claims against Bauer.