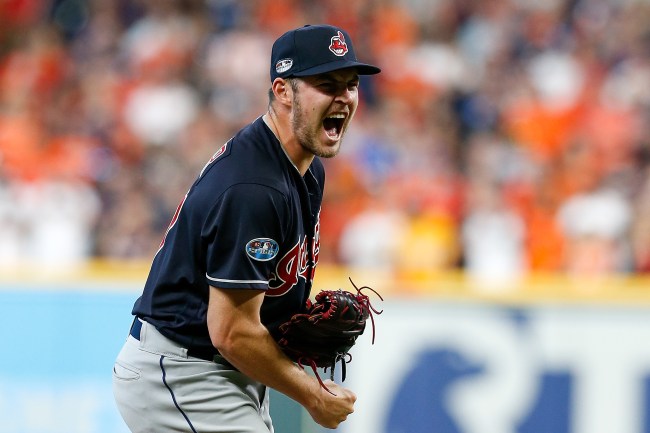 Trevor Bauer of the Cleveland Indians is one of the more interesting — and strange — professional athletes out there. For those who don’t know much about the pitcher, the 28-year-old routinely plays with drones, offers some insightful opinions on all sorts of things, is known for trolling and fighting with people on social media and is set in his ways when it comes to sticking to his own, unique training routine. Oh, and he loves the numbers 420 and 69, so there’s that, too. Overall he’s a must-follow on Twitter for so many absurd reasons.

Given his wild personality and theories about whatever pops into his mind, Sports Illustrated wanted to feature the All-Star pitcher in its latest issue to showcase some of that eccentric personality of his. The result was pure gold, with Trevor Bauer doing exactly what Trevor Bauer does, saying things that would make your mom cringe a bit, while being unapologetic about it all.

Case in point: Trevor Bauer’s wildly lofty expectations that he lays out with women on first dates. Take a look at what the Indians pitcher had to say he actually does when first going out with someone, per The Big Lead.

When Bauer meets a potential romantic partner, he outlines for her the parameters of any possible relationship on their very first date. “I have three rules,” he says. “One: no feelings. As soon as I sense you’re developing feelings, I’m going to cut it off, because I’m not interested in a relationship and I’m emotionally unavailable. Two: no social media posts about me while we’re together, because private life stays private. Three: I sleep with other people. I’m going to continue to sleep with other people. If you’re not O.K. with that, we won’t sleep together, and that’s perfectly fine. We can just be perfectly polite platonic friends.”

Given the SI piece is entitled, “Trevor Bauer Is More Concerned With Being Right Than Being Liked,” it’s pretty obvious that the dude doesn’t hold back on his feelings about stuff. So it shouldn’t be too surprising that the right-handed flamethrower talked about his desire to one day become a billionaire, “not for any other reason than just to say I did it,” as well as once telling a teammate that he’s “good at two things in this world: throwing baseballs, and pissing people off.”

Whether it’s Trevor Bauer’s unorthodox training, his f*ck you attitude on social media towards fans or his extremely picky ways on a first date, this guy isn’t your standard boring athlete. To find out more about Bauer, check out the full feature on SI.com.