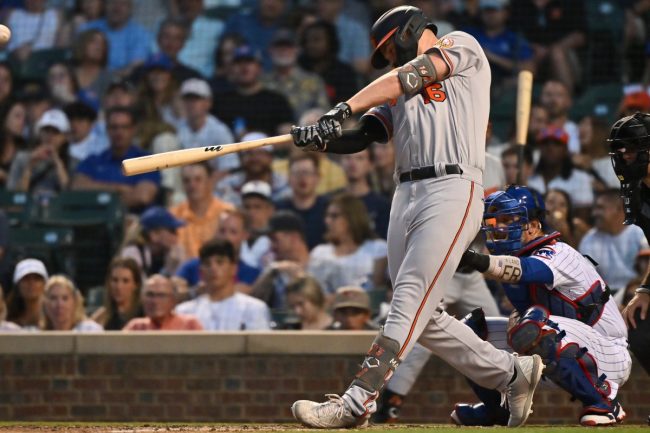 The ESPYs are getting crushed for giving their Best Comeback Athlete honor to Klay Thompson instead of Trey Mancini at last night’s awards ceremony. Mancini returned to baseball after a battle with cancer in 2020.

Mancini missed the entire 2020 MLB season, being diagnosed with stage 3 colon cancer on his 28th birthday. Upon learning of that diagnosis, he vowed to return by Opening Day of 2021, a promise he kept after beating the disease. He went 1-for-3 in his first game back.

He’s been cancer free since October of 2020, following six months of chemotherapy. Mancini’s story, alone, should garner applause as he’s made the improbable return to the diamond.

But even more impressively, he’s been able to pick up right where he left off.

Since the start of the 2021 campaign, Mancini has played in 230 games. Over that time, the right-handed slugger has hit .263, including having posted a .277 mark over the first half of 2022. Aside from leading the Orioles in average this season, he’s also smacked nine homers and batted in 37 runs.

But rather than hand the Comeback Athlete award to Mancini, the honor was given to Klay Thompson, who certainly earned the nomination in his own right. The Golden State guard missed all of 2019 and 2020 with knee and Achilles injuries, returning in 2021 to help lead the Warriors to an NBA Championship.

Thompson averaged 20.4 points per night in that title run, picking up right where he left off in 2018.

But while Thompson’s return after a two-year hiatus is impressive, many fans were upset that Mancini didn’t take home the trophy.

Fans were quick to respond on Twitter upon seeing Trey Mancini snubbed for the ESPY award. Take a look at the immediate reaction.

How does Trey Mancini not win Best Comeback Athlete?

Many were quick to note the emphasis the award show has put on cancer awareness, only to see them push Mancini to the side.

An interesting decision, for sure.