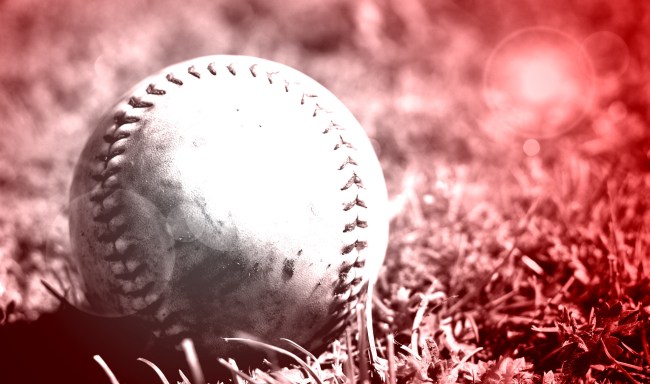 Renaud Lefort’s nickname is “King of Trick Shot Home Runs” and there is a very good reason for that. His hitting feats are so crazy that on Tuesday one video of his near-miss home run trick shot went viral thanks to it being tweeted out by ESPN’s SportsCenter.

His Twitter bio says he is “the most electrifying man in softball entertainment today” and based on what you are about to see it seems very appropriate.

Lefort, who is not only a trick shot artist, but also a comedian, plays for Les 4 Chevaliers, a group that has been entertaining fans since 1965.

Les 4 Chevaliers, a humorous and legendary fastball team, founded by the late Claude Potvin over 50 years ago.

Some compare them to the Harlem Globetrotters of softball, because of their incredible skills. The 4 Knights are 4 practically invincible players, competing against any full team that wants to challenge them.”

Their main mission nevertheless remains to offer a family show, funny and entertaining, as well as an opportunity, for the associations which invite them, to lead an effective fundraising.

For the past 4 years, Les 4 Chevaliers has helped raise more than $ 250,000 for various charities.

With hitting ability like this, it’s easy to see how they win games even with just four players.

The team’s pitching is pretty good too.