Triller Is Threatening To Track Down And Sue Fans Who Illegally Streamed Jake Paul-Ben Askren Fight Unless They Pay $49.99 PPV 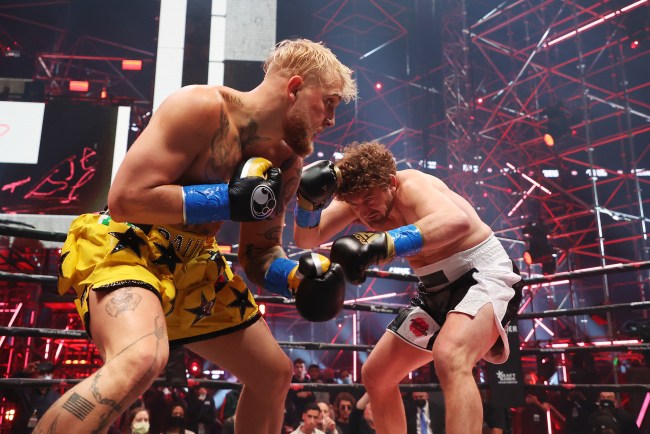 . @Triller has sued 11 sites and 100 unnamed persons it alleges not only illegally streamed but sold the PPV broadcast of its @JakePaul @BenAskren show. It alleges these entities had 2 million streams at a loss of $100 million.

Triller is now going after fans who watched the PPV illegally on the Internet.

According to the company they are going to track down people who illegally viewed the PPV on streaming sites and are going to sue them for up to $150k unless they pay the $49.99 PPV in the coming weeks.

More than 2 million illegal streams of the Triller Fight Club bout occurred, the company said, and it will be pursuing those individuals for the maximum penalty of $150,000 per illegal stream of the fight.

“VPNs all have to comply and turn over the actual IP addresses of each person who stole the fight in discovery,” Triller’s head of piracy Matt St. Claire said.

“We will be able to identify each and every person, VPN or not, as each stream has a unique fingerprint embedded in the content,” he said.

“Triller will pursue the full $150,000 penalty per person per instance for anyone who doesn’t do the right thing and pay before the deadline,” he added.

Triller has set up a website to allow those who illegally streamed the PPV and want to pay the $49.99 to avoid being prosecuted. https://www.fite.tv/page/041721piracysettlement/

We’ll have to wait and see how serious Triller is about going after fans who streamed the fight online without paying or if they’re just bluffing to prevent future piracy of their events.