Tristan Thompson Says He’s ‘Over The Referee Sh**’, Curses At Media When Asked About Inability To Guard Klay Thompson 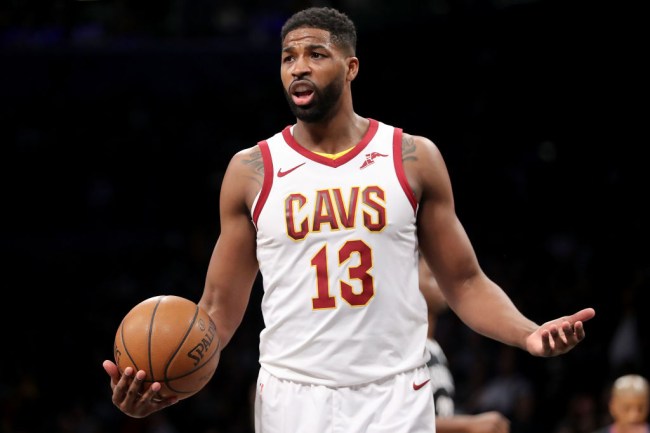 After game 1 of the NBA finals, Cavs coach Ty Lue blasted the refs because he felt they “robbed” his team of a win.

For our team to come out and play their hearts out and compete the way we did, man, I mean, it’s bad. It’s never been done before where you know he’s outside the restricted, and then you go there and overturn the call and say it’s a block. It’s never been done, ever, in the history of the game. And then (Thursday) in the Finals on the biggest stage, when our team played well, played our (butt) off, man, it ain’t right. It ain’t right.”

To do what he did tonight and come out robbed, it’s just not right,” Lue said.

During tonight’s game 2 of the NBA finals the refs where involved in several questionable calls that went against the Cavs.

LeBron might have to throw hands with one of these refs before this series is over… pic.twitter.com/Ywi9I0gOdw

After the game Tristan Thompson was asked about the officiating in game 2 and he had a pretty NSFW response.

A frustrated Thompson was then asked about his inability to guard Klay Thompson which led to him angrily walking out of the postgame scrum.

Tristan Thompson walks off after being asked in he feels “helpless” guarding Klay Thompson: “That’s f—-ed up” pic.twitter.com/dRsCQj5Mch

The Cavs are clearly rattled by the refs and being down 2-0. We’ll see if the Tristan and the Cavs can get their minds right at home to make the series interesting.