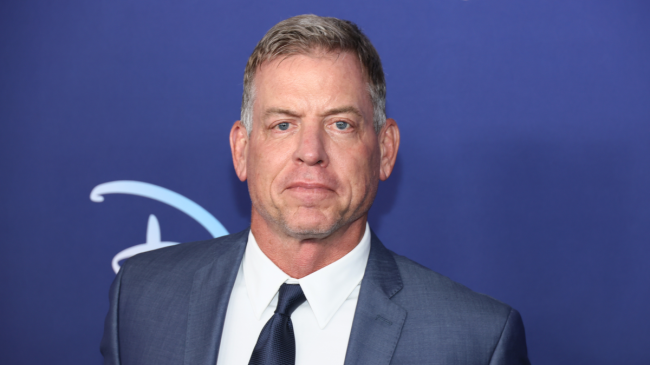 Troy Aikman is taking some heat from Indiana fans after taking an unwarranted shot at the Hoosier football program during his Monday Night Football broadcast.

While watching the action between the Cowboys and Giants, the former NFL passer made a comment that’s now going viral on social media.

Dallas tight end Peyton Hendershot hauled in a ten-yard pass in the fourth quarter of action, scampering for a first down as the Cowboys looked to take a late game lead. After seeing Hendershot leap over a defender, Joe Buck commended the pass catcher for his effort.

“Spinning grab by Hendershot, and up and over Dane Belton. Picking up 10 and making the Indiana Hoosiers football program proud.”

Aikman immediately followed up his co-host’s remark, saying it “doesn’t take much” to make the Indiana football program proud.

Aikman, a UCLA alum, comes from a program with a bit more history, but man that shot was brutal. Making things more interesting, UCLA is soon to join the Big Ten, meaning we could see these programs facing off a bit more on the gridiron in the very near future.

Fans were quick to react to hearing the jab.

If you bet a prop that Troy Aikman would poop on Indiana football completely unprovoked, cash your ticket.

(i do not disagree with you, Mr. Troy Aikman sir)

Troy Aikman is scared his UCLA team is going to be swept by Indiana when they join the Big Ten. I feel bad for him! It’s true!

The Hoosiers are off to a solid start in 2022, going 3-1 over their first four games. Still, the basketball program will always be king in Bloomington.

As for Hendershot, he tallied three catches for 43 yards on the day, two of which went for first downs. His role in Dallas appears to be growing. Hopefully he can continue to represent the Hoosiers well on the football field.