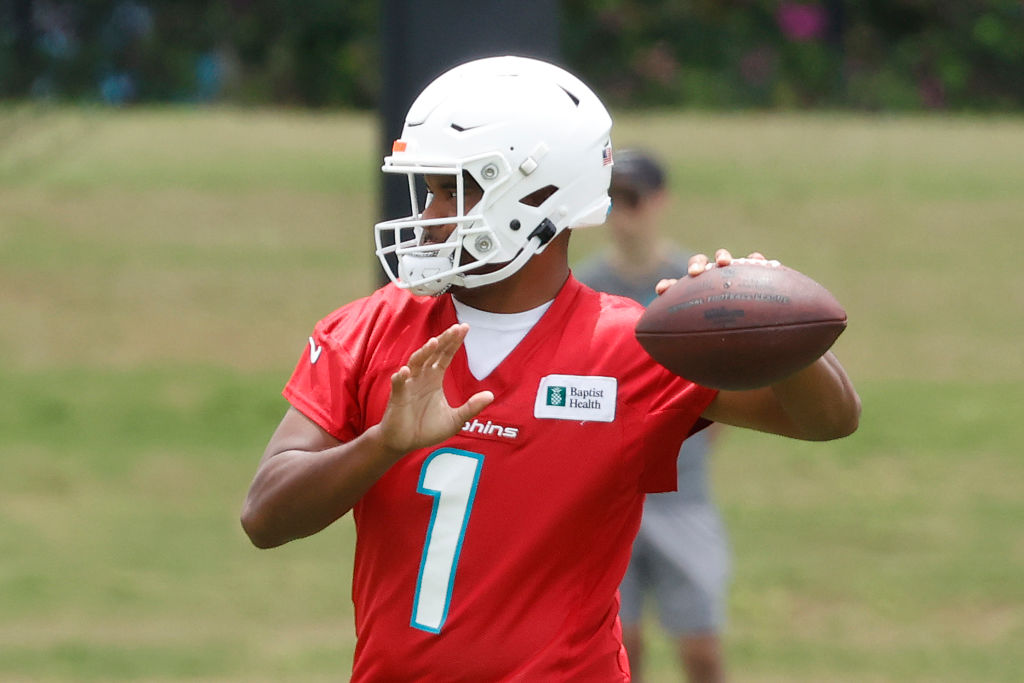 Tua Tagovailoa’s arm strength has been one of the main subjects of discussion during Dolphins camp, and it seems like it’s going to carry over into the season.

During the offseason, a huge target was put on Tua’s back after wide receiver Tyreek Hill claimed the Dolphins QB is “one of the most accurate QBs in the league.”

Tyreek Hill: "Tua is one of the most accurate quarterbacks in the NFL, man. His ball placement, getting us the ball in space and us utilizing our speed. That's dangerous." pic.twitter.com/2vD8rm8k1h

Since then, almost every throw Tua has thrown at camp has been heavily scrutinized. He had one underthrow go viral and then went on to make a perfectly placed deep pass to Hill a few weeks ago that excited Dolphins fans.

Unfortunately for Tua, his latest low-light showing him throw a wobbly pass on Wednesday has garnered nearly 2 million views on Twitter.

Of course, fans had jokes about Tua’s latest terrible pass.

Most accurate QB in the NFL & it’s not even close pic.twitter.com/fICC2p7PYg

Tyreek Hill about to go from a 1st round fantasy pick to a 10th round bench place holder smh https://t.co/UnoiOMb74T

We knew a guy that threw one like this https://t.co/lXw6vdGw3g pic.twitter.com/xAP4wX3LrW

Most accurate QB in the game today, maybe ever https://t.co/wXnquQBiBN