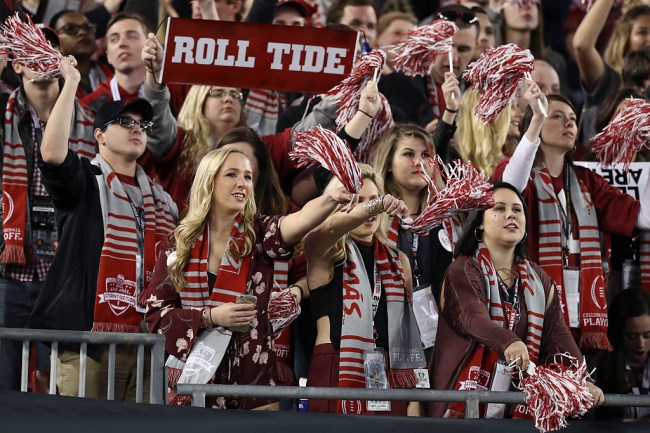 We’re only nine weeks away from the (scheduled) start of the 2020 college football season and while the plan remains to have a season, whether or not that actually happens is still up in the air.

With there being a number of positive tests popping up on campuses around the country as schools continue to adjust and adapt to new safety and health guidelines, more questions seem to be popping up regarding the season. ESPN’s Laura Rutledge recently admitted that there are ‘many more’ cases we don’t know about it and a number of college football players are growing more concerned.

While the loss of a college football season, or if games are played without fans, the implications it would have on both the university and the community of most college towns would simply be catastrophic.

Look at the SEC for example. Outside of Vanderbilt, which is not only a private school but is also located in Nashville, it’s the only university in the conference that isn’t located in a ‘traditional college town.’ The city of Nashville won’t suffer too terribly without Vanderbilt football, but Tuscaloosa will if Alabama doesn’t have a season or plays a season with no fans.

Tuscaloosa mayor Walt Maddox spoke with CBS 42 recently and estimated that a season without Alabama football could cost the town $2 billion. No, not $2 million or $200 million, but $2 billion, with a ‘b.’

“It would be economically catastrophic for Tuscaloosa if there is no football season,” Maddox said. “Even a mitigated football season with restricted attendance and number of ball games would have dire economic consequences.”

The University shared a tweet back in 2017 stating that home football games during the 2015-16 season had a total statewide impact of $175.5 million with an average of 25.1 million per game. While the economy has changed over the past three years, Maddox’s $2 billion number may be a bit high, but his overall message of a lost season would be absolutely catastrophic for the town’s economy is certainly accurate.